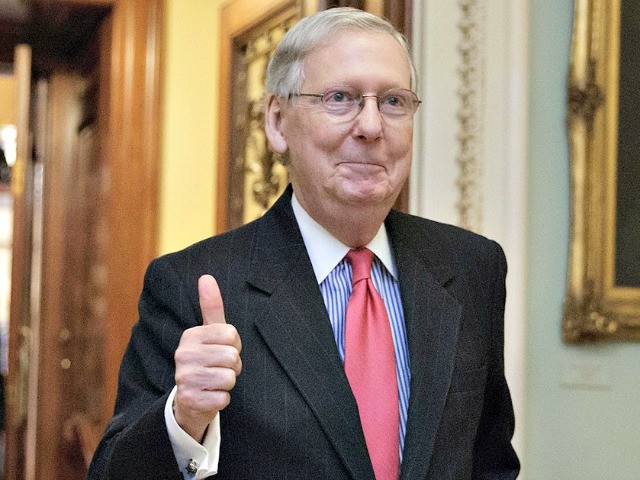 “It’s been a great political gift for us,” McConnell wrote. “The tactics have energized our base. I want to thank the mob, because they’ve done the one thing we were having trouble doing, which was energizing our base.”

Republicans are also benefiting in polling on Senate races because of the left-wing and partisan Democrat campaign against Kavanaugh’s nomination, said McConnell.

On Saturday, leftists opposed Kavanaugh’s nomination in Washington, DC, displaying signs with messages such as: “STOP NORMALIZING RAPE,” “ME TOO, ANITA!’, and “This administration is like a jobs program for misogynists.”

In September, various heads of Democrat-aligned feminist organizations described Christine Blasey Ford — who accused Kavanaugh of sexual assault — as a “survivor” while claiming that all women who accuse men of sexual abuse must be believed.

The Washington Post did not mention the role of the news media in describing elements of opposition to Kavanaugh’s nomination.

The Washington Post also opted against publishing the full interview with McConnell. No full transcript or audio was shared.