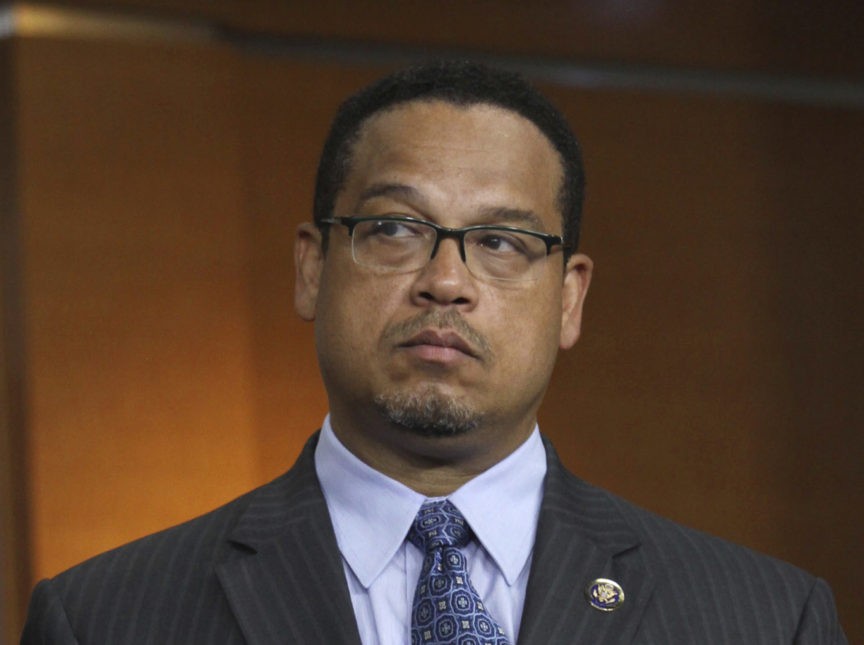 A top Minnesota newspaper joined an effort Tuesday to unseal the divorce records of Rep. Keith Ellison (D-MN), who is running for Minnesota attorney general and has been accused by an ex-girlfriend of domestic violence.

The Star Tribune of Minneapolis, along with online news website Alpha News, is seeking to unseal the records because Minnesota divorce papers are considered public information, and are therefore a matter of public interest.

Even though divorce papers are considered public record in Minnesota, they can be sealed if both parties agree to seal them. Kim Ellison, the Democratic congressman’s ex-wife, is against releasing the divorce papers and claims her ex-husband was never abusive to her.

Both Kim and Keith Ellison are expected to file paperwork to halt the effort, the Tribune’s report said.

Ellison’s ex-girlfriend, Karen Monahan, claimed the Minnesota Democrat dragged her by her feet off a bed and yelled profanities at her in 2016.

Monahan, who posted a tweet Wednesday with a photo of a 2017 medical document identifying Ellison as her abuser, has been dragged through the mud by the Democrat Party since she came forward in 2017 with her allegations against Ellison:

Ellison, who also serves as the Democratic National Committee deputy chairman, denied the allegations and claimed his accuser fabricated them.