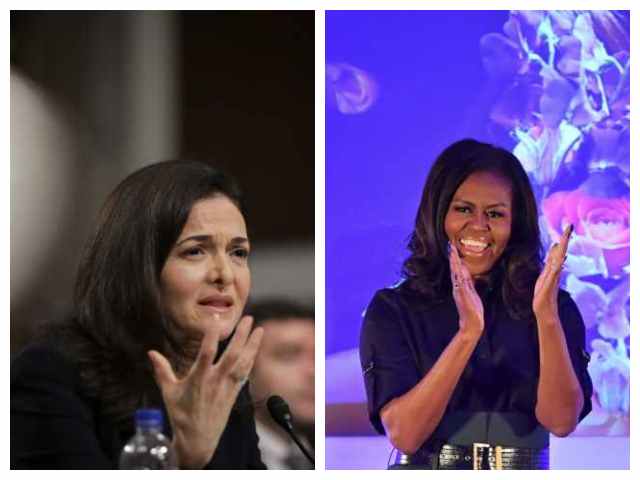 “That whole ‘so you can have it all.’ Nope, not at the same time,” Obama said discussing Sandberg’s business and life strategy. “That’s a lie. And it’s not always enough to lean in, because that shit doesn’t work all the time.” Obama quickly apologized for cursing as the audience laughed at the former first lady’s gaffe: “I forgot where I was for a moment!” she stated.

Cute moment at Michelle Obama’s book event tonight at the Barclays—she was getting into it & she said, “That lean in shit doesn’t always work!” Everyone freaked out that the First Lady had said “shit.” Michelle, too. She apologized. “I forgot where I was for a moment!” But…

In her 2013 book Lean In, Sandberg encouraged women to take charge in the workplace by improving their negotiation tactics, aiming to fill leadership roles in their workplace and taking control of other parts of their life. It seems, however, that Obama was not particularly impressed by the book’s message.

In 2017, Sandberg herself acknowledged that her book was not as effective in changing workplace culture and inequality as she had hoped it would be, stating: “We are stuck at less than 6 percent of the Fortune 500 CEO jobs and their equivalent in almost every country in the world. There were 19 countries run by women when Lean In was published. Today there are 11.”

Sandberg has come under fire recently for actions as COO of Facebook. A recent report from the New York Times claims that according to three individuals with knowledge of the situation, Facebook COO Sheryl Sandberg directly ordered staff to investigate billionaire philanthropist George Soros’ financial investments following his outspoken attacks against multiple tech firms. Sandberg’s requests for further information on Soros appear to indicate that the company COO was directly engaged in Facebook’s actions against Soros. Breitbart News has reported extensively on this story.