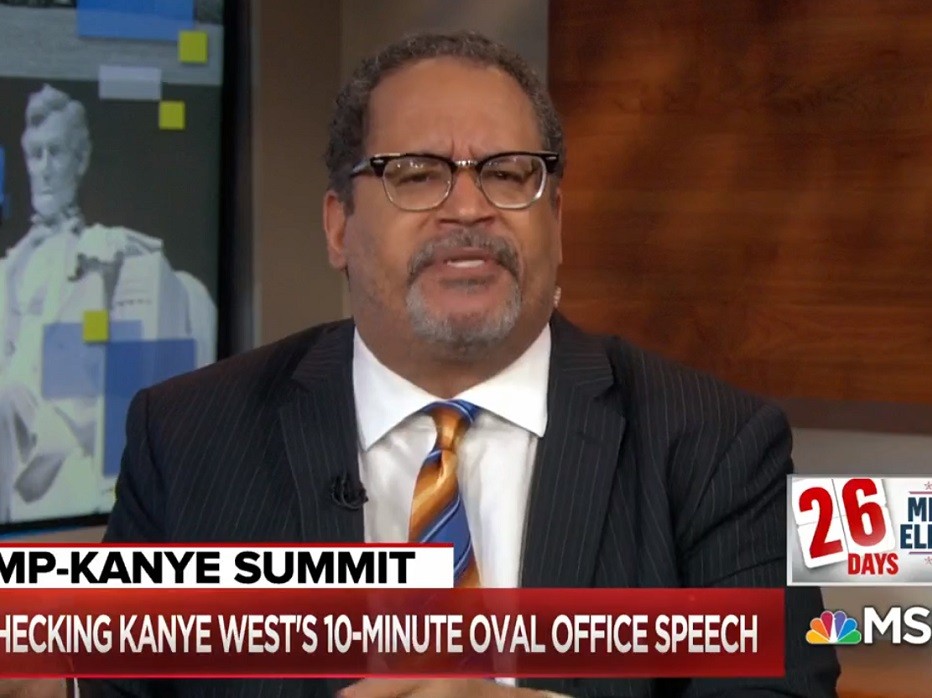 Dyson hammered West for various aspects of the White House appearance and accused the West of being a vehicle for white supremacy.

“This is white supremacy by ventriloquism,” Dyson said. “A black mouth is moving, but white racist ideals are flowing from Kanye’s mouth.”