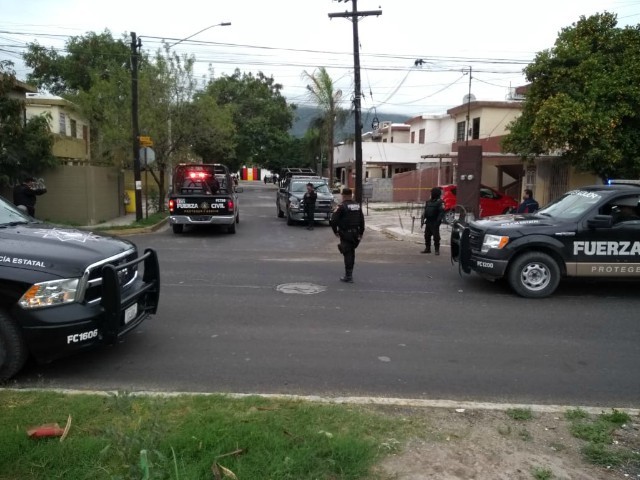 MONTERREY, Nuevo Leon – Mexican authorities are looking into the kidnapping of a group of state police officers and the alleged rape of another cop as payback for the recent arrest of a cartel leader.

In the days after the attacks, Nuevo Leon’s Public Security Director Aldo Fasci Zuazua claimed his officers were targets and asked them to use lethal force to defend themselves. Various sources consulted by Breitbart News suggest the attacks are payback for targeting a cartel boss.

The first attack took place last week when a team of hitmen with knives went into the home of two police officers with Nuevo Leon’s Civil Force. The officers were surprised and tied up. While official information characterizes the case as a robbery, law enforcement sources say the hitmen questioned the state cops about the arrest of Northeastern Cartel boss Juan Alfonso “El Gafe or Chucho” Vasquez Canto.

Mexican federal authorities and state cops from Tamaulipas and Nuevo Leon arrested Vasquez Canto in Nuevo Leon before transferring him to Tamaulipas. Vasquez Canto is considered the chief enforcer for the Northeastern Cartel or “CDN” and is believed the one who ordered dozens of execution and kidnappings throughout northern Mexico.

During the recent kidnapping in Monterrey, the cartel hitmen questioned the state cops about the identities of officers who took part in the arrest. The gunmen also stole cell phones and computers before making a clean getaway.

Nuevo Leon law enforcement sources confirmed the occurrence of a second attack against a lone Civil Force cop but did not go into details. The unconfirmed theory among Civil Force cops is that the police officer was kidnapped and raped after being questioned.

Editor’s Note: Breitbart Texas traveled to the Mexican States of Tamaulipas, Coahuila, and Nuevo León to recruit citizen journalists willing to risk their lives and expose the cartels silencing their communities.  The writers would face certain death at the hands of the various cartels that operate in those areas including the Gulf Cartel and Los Zetas if a pseudonym were not used. Breitbart Texas’ Cartel Chronicles are published in both English and in their original Spanish. This article was written by “Tony Aranda” from Nuevo Leon.