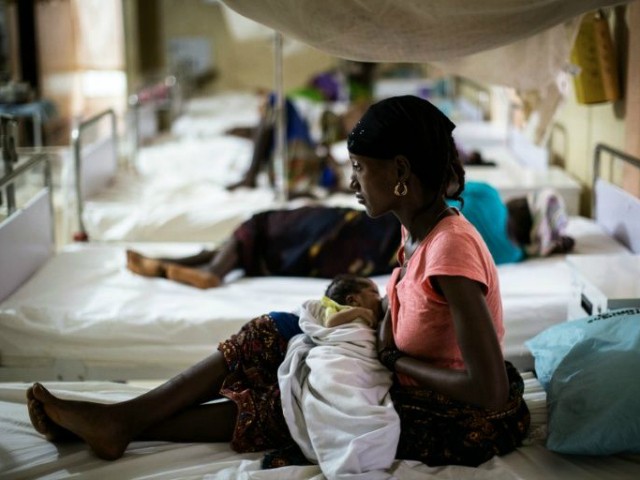 Harried doctors fighting the Ebola outbreak in the Democratic Republic of the Congo (DRC) fear it may become the worst outbreak of the deadly disease in the region to date, as an ongoing insurgency slows treatment and accelerates contamination.

“We are absolutely concerned about the ongoing outbreak in the Democratic Republic of Congo,” a senior official with USAID said on Thursday. “It is occurring in an area of active conflict, so physical insecurity is a persistent challenge and complication to the ongoing response efforts.”

On the positive side, the official said the outbreak is “not comparable at this point to the outbreak that occurred in West Africa in 2014,” meaning it does not threaten to spread across an “incredibly large geographic area.”

Ebola cases have been mostly limited to two towns in the North Kivu province of the DRC, but the rate of new cases has accelerated during the past few weeks. USAID and the U.S. Center for Disease Control (CDC) have deployed dozens of experts to work with the DRC Health Ministry since the outbreak began in August.

On Friday, Sky News watched doctors don biohazard suits and struggle to handle the influx of patients to a “ramshackle hospital” made from “wooden huts and temporary tents” in the city of Beni. The hospital only has 60 beds, but Sky News correspondents counted 92 new patients admitted on the day of their visit, among them a pregnant woman and a three-year-old girl.

Doctors reported 308 “confirmed” or “probable” cases of Ebola in the outbreak, approaching the highest total ever seen in the Congo. Thirty of them are children under ten years of age, suggesting the latest strain of Ebola is spreading faster among children than previous strains. So far, 191 patients have died.

International aid workers said local residents are working more smoothly with doctors than some previous populations affected by Ebola, a disease that tends to spread panic and mistrust among its victims. Officials were especially optimistic about the success of “community surveillance” programs designed to track the movements of infected people and quickly identify others who may have been exposed to Ebola. More effective vaccinations were also credited with keeping the death toll down.

The bad news is that CDC Director Robert Redfield warned on Monday the current outbreak may not be containable because it is spreading through an active war zone, making it harder to implement the procedures that have been helpful so far.

The Washington Post augmented Redfield’s warning with some discouraging notes about the difficult situation faced by aid workers:

Dozens of armed militias operate in the area, attacking government outposts and civilians, complicating the work of Ebola response teams and putting their security at risk. Violence has escalated in recent weeks, severely hampering the response. The daily rate of new Ebola cases more than doubled in early October. In addition, there is community resistance and deep mistrust of the government.

Some sick people have refused to go to treatment centers, health-care workers are still being infected, and some people are dying of Ebola or spreading the virus to new areas. An estimated 60 to 80 percent of new confirmed cases have no known epidemiological link to prior cases, making it very difficult for responders to track cases and stop transmission. In late August, the United States withdrew some of the CDC’s most seasoned Ebola experts who had been stationed in Beni, the province’s urban epicenter, because of security risks.

The outbreak is threatening to spread into much less isolated towns, such as the trading port of Butembo, introducing the risk of wider transmission chains that become even more difficult to trace.

Angry rock-throwing mobs have confronted some medical teams when they attempt to secure the bodies of fatal Ebola victims. Experts on the local population explained they are sometimes terrified at the sight of medical teams in hazmat suits, driven by deep distrust of the DRC government, which they blame for keeping them in poverty and allowing armed rebel groups to prey upon them. Some locals apparently believe their government is fabricating Ebola warnings in a bid to frighten them away from their homes.

The U.N. Security Council passed a resolution on Tuesday demanding safer working conditions for medical teams in the outbreak zone, but concerned analysts said the international community has a poor track record of controlling insurgents in the Congo, even lacking reliable information about how many rebel groups are active in the area. Meanwhile, the DRC government has been criticized for abandoning rural areas and shifting its troops into the cities, where the government fears mass demonstrations could break out.