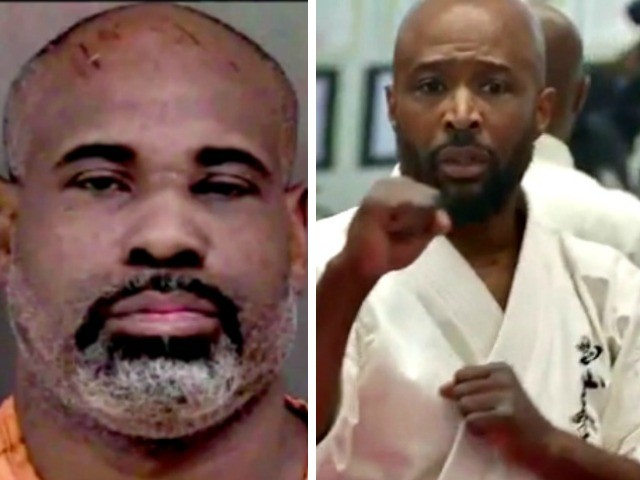 A man attempting to kidnap a woman chased her into a karate studio and found he made a huge mistake when the martial arts instructor inside put a quick end to the situation.

The incident began at around 9:00 pm outside the Bushiken Karate Charlotte Dojo in Charlotte, North Carolina, where the victim told police that a man she did not know allegedly tried to force her into his car, Fox 8 reported.

The woman ran into the karate studio, and the man followed.

At that point, the dojo’s head instructor, Randall Ephraim, entered the story when he saw the man entering his shop.

After the woman entered in a state of alarm, the “big man entered the building,” Ephraim told the media.

“Not knowing what he wanted, I assumed he was inquiring about classes,” Ephraim said. “I asked how I could assist him, and he stated that he was there for the lady. She insisted that she did not know him and tried to kidnap her.”

The karate master then told the man to leave. But the intruder became belligerent.

The instructor was not having any of it.

“He then tried to force himself further into the dojo, aggressively pushing and swinging,” Ephraim said. “I then went into action defending myself and got him out of the dojo. Once outside, he attempted to attack again and was dealt with accordingly.”

“He was very strong – very, very strong,” Ephraim added. “He weighed at least 200 (pounds) and some change, under the influence — very strong powerful individual.”

A police report notes that the intruder was still combative when they arrived and tried to attack them, WSOC reported.

“It’s a great thing the people in there were able to help defend her, extremely lucky that it was a karate studio and usually you don’t see a suspect act like this,” said Charlotte-Mecklenburg Police Department Capt. JD Thomas.

The suspect, identified as August Williams, 46, is being held on several charges, including attempted kidnapping, drugs, and assault. His first court appearance is scheduled for Monday.