When asked to rank a number of policies that would be considered “most important” for Congress and President Trump, likely voters say slapping tariffs or other trade restrictions on foreign countries who violate trade agreements is much more important to them than the U.S. entering new free trade deals.

About 63 percent say it is very important for Trump and Congress to mandate that “all taxpayer-funded infrastructure projects use American made goods whenever possible,” in order to add to the number of U.S. jobs in the economy.

Likewise, 80 percent of likely voters say taxpayer-funded infrastructure projects should be built by American workers and American-made products, rather than by the lowest bidder. 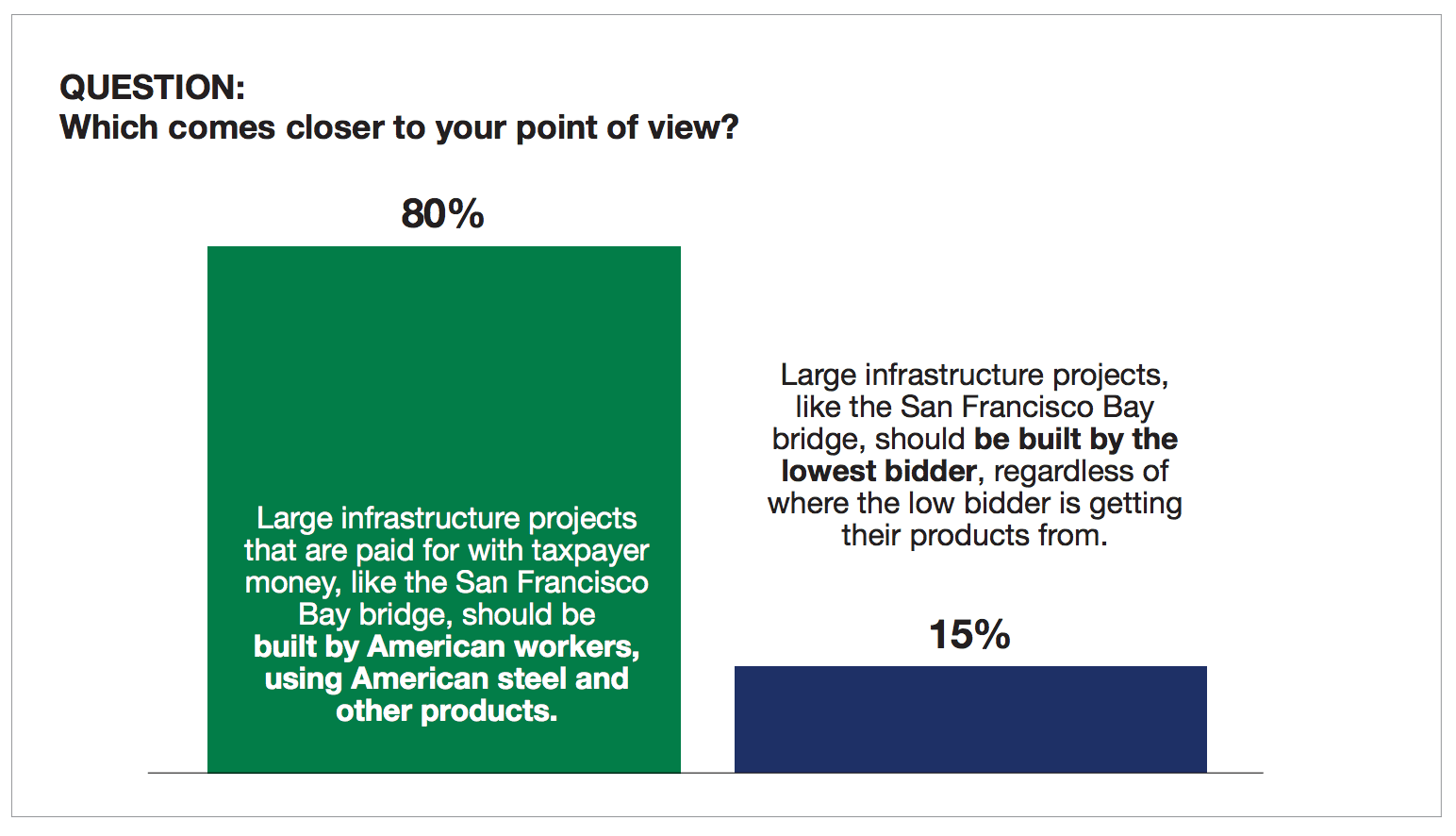 The poll comes as economic nationalism has swept across the American electorate, with a similar poll revealing last month that 6-in-10 midterm voters support Trump’s tariffs on foreign imports, designed to protect American jobs and industry while forcing multinational corporations to bring manufacturing back to the U.S.