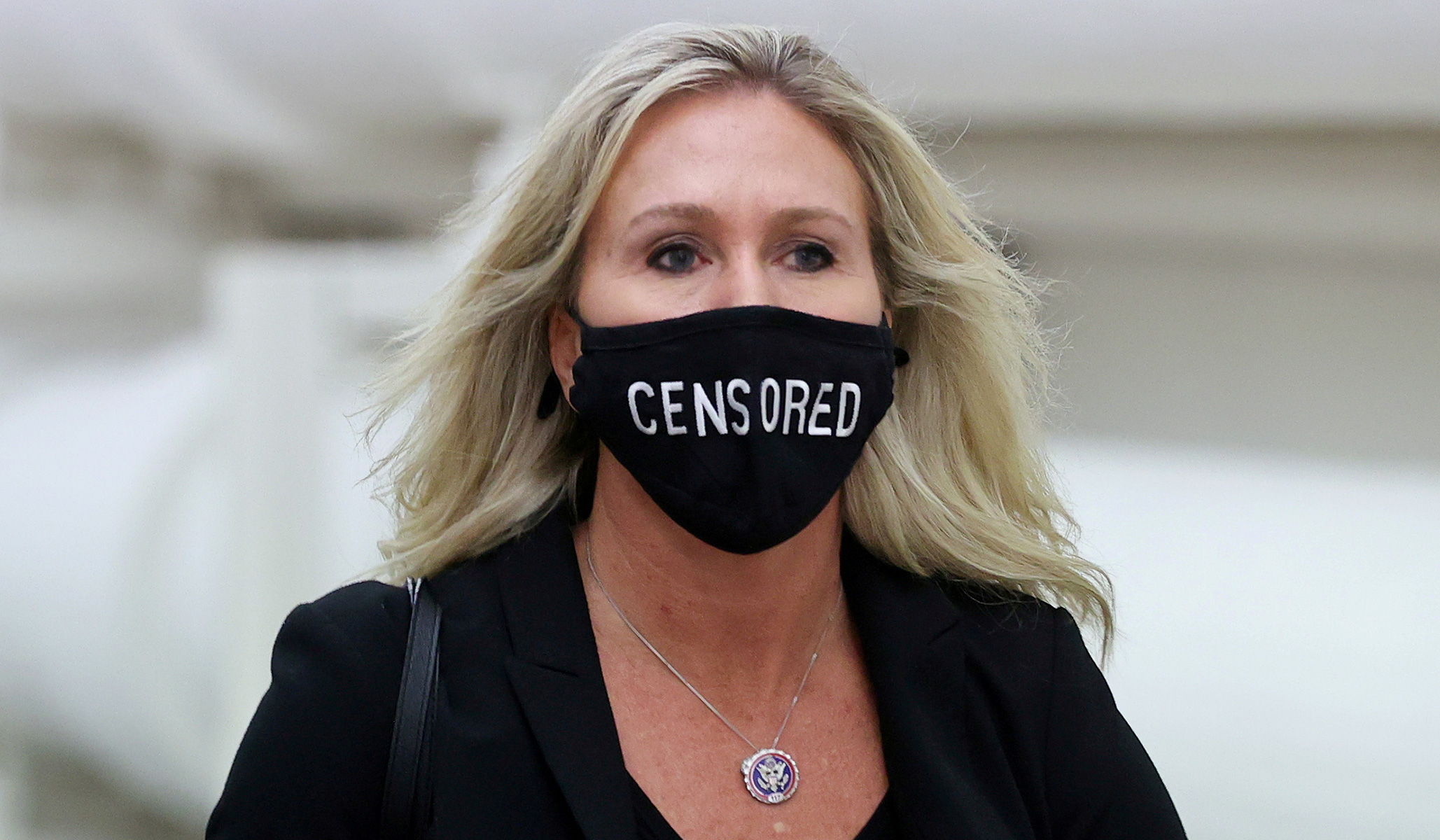 But now some House Democrats are following the lead of Democratic governors, calling for an end to mask mandates — even as their party imposes one in the House chamber. Charges of hypocrisy are in the air.

Last year, House Democrats enacted new rules that fine offenders (namely protesting Republicans) $500 the first time they fail to mask up, and $2,500 per infraction after that. The biggest scofflaws by far are Reps. MARJORIE TAYLOR GREENE (R-Ga.) and ANDREW CLYDE (R-Ga.), who’ve each have had more than $100,000 withdrawn from their paychecks.

Several swing-district House Democrats, however, say it’s time to move on. On Wednesday, DCCC Chair SEAN PATRICK MALONEY (D-N.Y.) led the charge by tweeting that he agreed with his home-state Democratic Gov. KATHY HOCHUL’s decision to ditch mask mandates. “Give people their lives back,” he wrote.

Within a few minutes, we got a text from a Republican aide asking if Maloney’s appeal would extend to lifting the mask mandate for the House floor. Turns out, some House Democrats are ready to say yes.

“We follow the science and are our medical advisers, but I think the time will come sooner rather than later” to end the House mask requirement, Rep. DAN KILDEE (D-Mich.) told Playbook. “I wish more of my colleagues were vaccinated, but . . . I think we will have to modify our approach to the pandemic as it changes. . . . Hopefully sometime this spring.”

Democratic Rep. SUSAN WILD, a frontliner from Pennsylvania, agreed.As a member of the House Ethics Committee that’s been tasked with enforcing Democrats’ mask fining policy, she’s been frustrated that so much of the panel’s work has been focused on this issue.

“The Ethics Committee has sadly been turned into the mask police, and we’re spending way too much time on mask violation issues,” she said. “When we come back [from recess] . . . in early March, unless there’s been some new strain or variant, I think it’s time to get rid of the masked mandate.”