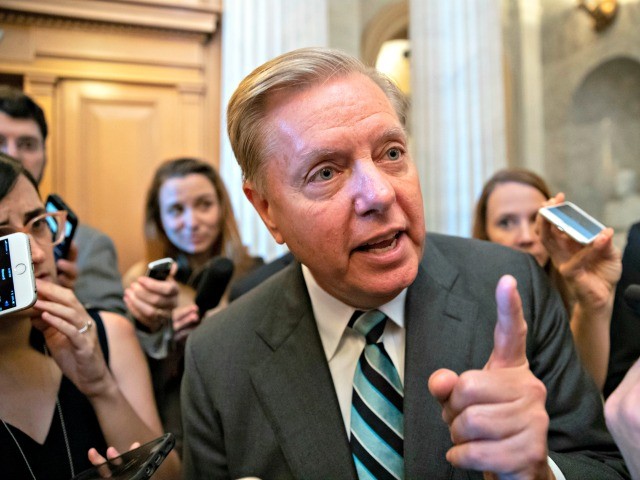 Sen. Graham warns Democrats: “If this is the new norm, you better watch out for your nominees” pic.twitter.com/p9NIryUl7Y

“All I can deal with is what’s in front of me,” Graham began. “I’ve got a guy who adamantly denies [the allegation]. Everybody who actually knows him, in a real way says ‘this is not the guy I know.’ I got Doctor Ford, who can’t tell me the time and the place, and we’ll see what happens. Maybe something comes up.”

Asked if Ford’s testimony is sufficient enough for Republicans to vote against Kavanaugh’s confirmation, the South Carolina lawmaker replied with a stern warning for both Democrats and members of his own party, “Let me put it this way to my Republican colleagues, if this becomes the new standard, where you have an accusations