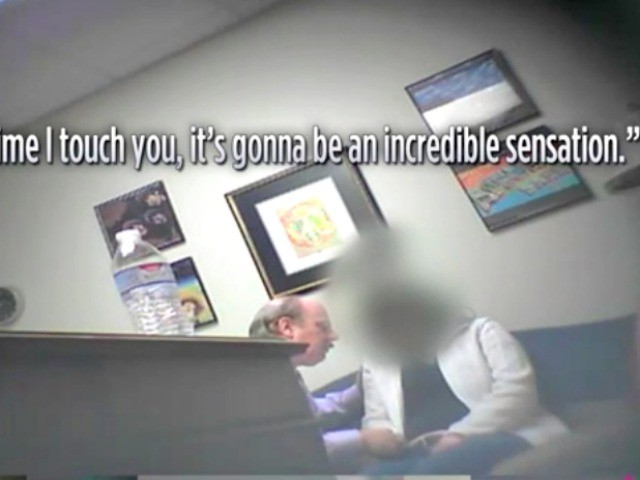 An Ohio judge ordered a disgraced lawyer currently serving time for sexually assaulting hypnotized female clients to pay $2.3 million to one of his victims.

Retired Judge Lee Sinclair ruled last Friday in Lorain County Common Pleas Court that Michael Fine, 61, who is serving 12 years in an Ohio prison, caused “permanent and life changing emotional damage” to his victim and ordered Fine to pay $2.3 million in damages to his victim.

Police set up a sting operation in November 2014 to record Fine, a divorce attorney, after two female victims came forward saying they were hypnotized after losing track of time in conversations with him.

One of the six women claimed she was “wet in her vaginal area” and that “her bra was disheveled” after leaving his office.

“Each time I say the word sleep, you’re gonna go deeper and deeper, ten times deeper…1,2,3 sleep,” Fine can be heard telling the woman over the secretly recorded video.

“Every time I say the word pleasure, you cannot constrain or hold yourself back, your entire body is a vessel of pleasure,” he continued. “Every time I touch you, it’s gonna be an incredible sensation.”

“It’s completely unbelievable that this would happen and it’s a breach of the ultimate trust because a lawyer’s relationship with his client is the highest level of a relationship,” said Corrado.

Court documents state that the judge wanted to award the victim more money for compensatory damages, but could not because Ohio law caps those damages at $250,000.

Fine was sentenced to jail time November 2016, and is currently serving out his 12-year sentence at the Belmont Correctional Institution.