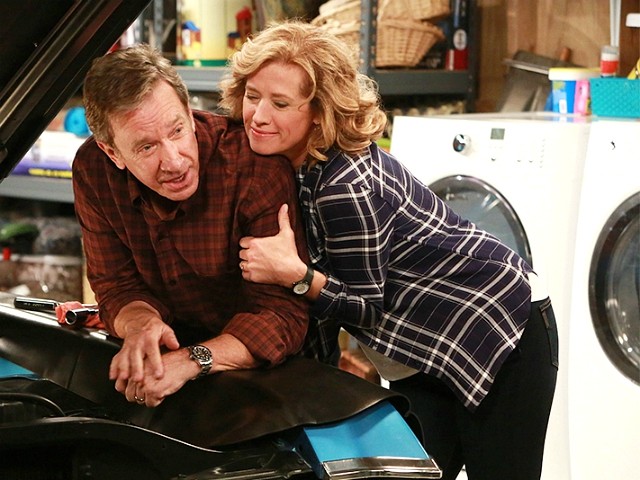 The Fox season seven series premiere, according to Variety, “was also Fox’s most-watched comedy on any night in nearly seven years, excluding NFL nights, and was by far the top-rated show of Friday night.”

Star Tim Allen took to Twitter on Friday to thank the fans who tuned in to watch the show on its new network.

Thanks from all of us for your eyes on our reBoot….next week is even better. @LastManStanding,” Allen tweeted.

Thanks from all of us for your eyes on our reBoot….next week is even better. @LastManStanding

ABC canceled Last Man Standing in 2017, after the show posted solid rating for six consecutive seasons. Allen had appeared to suggest that show was nixed due to it featuring a “funny, likeable conservative character.”

“I always wanted Last Man Standing to be like Archie Bunker. Archie Bunker pushed boundaries, but Carroll O’Connor was not that guy at all. I am a version of that guy,” Allen said during an appearance on Norm Macdonald Live last September.
“But there is nothing more dangerous, especially in this climate, than a funny, likable conservative character,” the actor added. “He is mitigated on the show by a family of women who had a difference of opinions, but [Mike Baxter] was a likable guy and a principled guy about work and ethics and all this stuff, I think.”

A social media campaign by fans of the show helped revive the series, which was picked up by Fox earlier this year. The cast of the show thanked the fan-led effort to bring back the series.