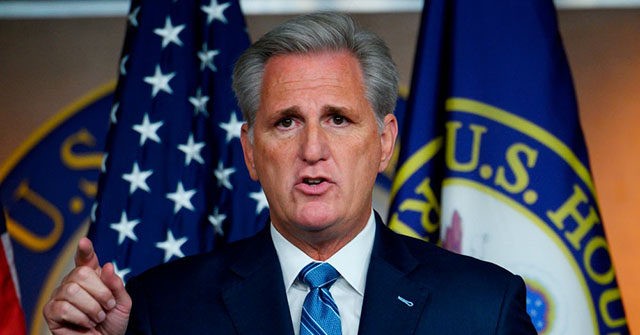 House Minority Leader McCarthy slammed House Speaker Nancy Pelosi (D-CA) and other Democrats that have distracted Congress from addressing “real” issues such as the opioid crisis. McCarthy said that, despite a reduction in opioid abuse and overdose deaths, it is not enough to sufficiently address the issue.

“Democrats should stop wasting time and resources on impeachment and instead work with Republicans to tackle the real issues,” McCarthy said.

Good news for ALL Americans ⤦
⬫ Opioid abuse and overdose deaths are down.
⬫ Treatment for opioids is up.
But it’s not enough.

Democrats should stop wasting time and resources on impeachment and instead work with Republicans to tackle the real issues. https://t.co/Q9Oma5gg4o

McCarthy’s office said Wednesday that Republicans have been fighting for legislation to address the opioid crisis for years.

The House GOP majority also helped pass the 21st Century Act, which was signed into law in 2016.

However, despite the Congress that Republicans made last congressional term with their majority, efforts to address the opioid crisis have stymied while Pelosi has moved to impeach President Donald Trump.

“Unfortunately, the Democrat majority in the House has siloed all of their attention and resources into impeaching President Trump — a goal they’ve had since the day he was inaugurated. Meaningful, bipartisan legislation has been thrown to the wayside,” Rep. McCarthy’s office said.

They said, “In their attempt to remove from office the duly elected President of the United States on purely political grounds, Speaker Pelosi and her Democrat caucus have blatantly ignored or purposely politicized most other issues that matter to the American people, like combating the opioid crisis.”

“Americans deserve more from those they lend their voices to in Congress. Instead of wasting their majority on their impeachment fixation, House Democrats should join Republicans to end the opioid crisis in a bipartisan fashion,” McCarthy’s office added.