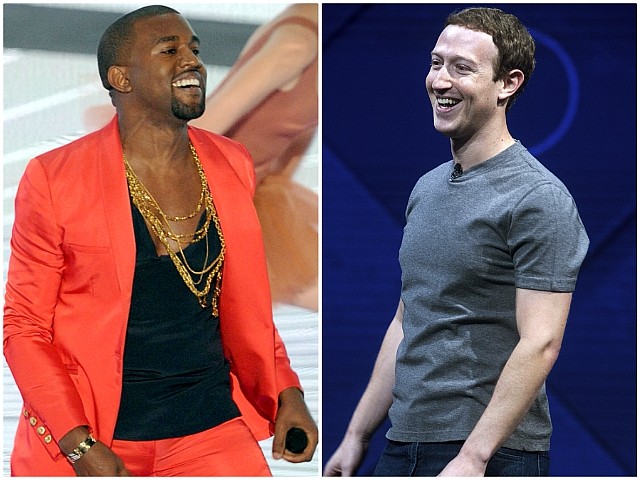 “We sang Backstreet Boys I want it that way,” the tweet reads, referring to the mega-hit “I Want It That Way” released by the boy band in 1999.

We sang Backstreet Boys I want it that way pic.twitter.com/IzGHk7i7OP

In the photo, West is standing with four other men, one of them is an uncomfortable-looking Zuckerberg holding a microphone.

The news of this unlikely musical collaboration greatly excited the Twitterati:

No matter the distance, we want you to know that Kanye West and Mark Zuckerberg sang Backstreet Boys together. https://t.co/zYA7f8mand

ffs can someone please TELL ME WHY Kanye West and Mark Zuckerberg did #BSB karaoke together?! https://t.co/BWZ2E4DGTq pic.twitter.com/xD3jqq77zL

A duet for the ages! https://t.co/xFM9p6XhTp