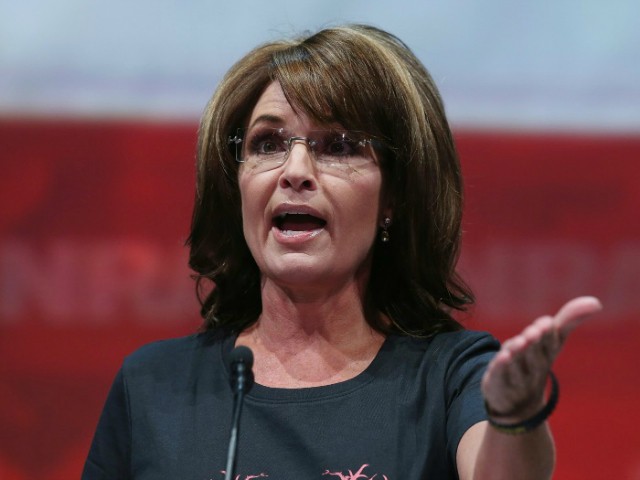 Jurors in the recent defamation lawsuit by former Alaska Gov. Sarah Palin (R) against the New York Times learned of the judge’s decision to dismiss the case even though they were deliberating at the time and were not supposed to find out.

As Breitbart News reported earlier this week, U.S. Judge Jed S. Rakoff of the Southern District of New York announced that he believed Palin had not met the evidentiary burden of showing “actual malice,” necessary in the case of a public figure.

The jury then returned a verdict the following day that the Times was not liable for falsely claiming in a 2017 editorial that Palin had inspired the 2011 Tucson mass shooting, years after it was shown that Palin had no connection to the event.

The jurors were not to be told of the judge’s decision until they had reached a verdict. But the Wall Street Journal reported Wednesday that some had received work of the decision inadvertently, through push notifications on their smartphones:

Judge Rakoff made his announcement outside of the jury and said he would let deliberations conclude because a verdict would benefit an appeals court if it reviews the case—and potentially help avoid the need for a retrial if his decision were overturned.

Members of the jury were instructed several times to avoid any media coverage of the trial, but the judge in an order Wednesday said some jurors “had involuntarily received ‘push notifications’ on their smartphones that contained the bottom-line of the ruling.”

“The jurors repeatedly assured the Court’s law clerk that these notifications had not affected them in any way or played any role whatever in their deliberations,” the judge wrote.

The order brought new attention to the unusual timing of Judge Rakoff’s ruling announcement Monday. Legal observers said judges do sometimes override a jury verdict based on controlling law, but typically such a ruling would come before jurors begin deliberating or after their work is done.

The revelation could create new grounds for Palin to appeal. She may challenge the “actual malice” standard established by the Supreme Court in New York Times v. Sullivan (1964), which requires a plaintiff to show that defendants knew what they were publishing was untrue but did so anyway, or that they published information with “reckless disregard for the truth.”