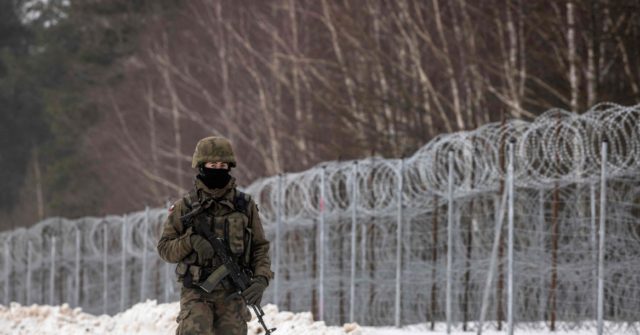 “In January, the most significant increase could be observed on the Western Balkans route with 5 826 arrivals, 148% more than a year ago. Syria, Afghanistan and Turkey were the top three countries of origin of migrants on this route,” the Frontex report states.

The Central Mediterranean route, which most often sees migrants travel by boat from North African countries to Italy, saw an increase of 107 per cent, with 2,150 migrants arriving in January. Around two-thirds of the migrants departed from Libya, with the remaining third from Tunisia.

In the first four weeks of the year, the number of migrants arriving illegally on Italian soil has nearly tripled compared to the same period last year as the country continues to struggle to deport illegals. https://t.co/EWQsewYSBD

According to the Italian Interior Ministry, during the first four weeks of 2022, Italy saw a near tripling of illegal arrivals across all routes to the country, including the Central Mediterranean route.

The West African route, which consists of boats leaving Africa in an attempt to reach the Spanish Canary Islands, increased by 50 per cent, with over 3,000 arriving. The surge in arrivals on the Canary Islands has also been met with a surge in migrant disappearances and deaths at sea over the last year, due to the danger associated with the route.

The route to Cyprus in the eastern Mediterranean was also 48 per cent higher than last year with 850 migrants arriving on the island.

Last week, Cyprus Interior Minister Nicos Nouris stated that repatriations were the way to stop overcrowding in the migrant camps on the island, following a violent incident just a day before in which Nigerians and Congolese youths attacked each other.

Nouris went on to add that 4.6 per cent of the Cyprus population were now asylum seekers or refugees and blamed the Turkish government for the current situation saying, “The migration issue in Cyprus is a huge problem because it’s been instrumentalised by Turkey.”

The Minister stated that migrants fly from Istanbul to northern Turkish Cyprus and sneak across the border to Greek Cyprus with the aid of smugglers.