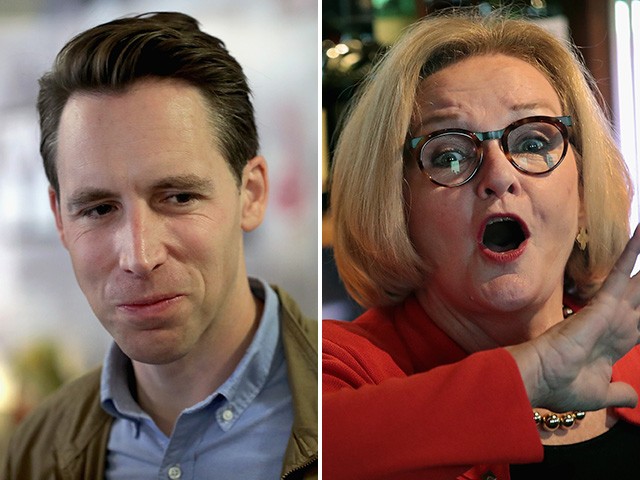 With 71 percent of precincts reporting, Hawley had 53.2 percent of votes cast to McCaskill’s 43.7 percent.

Currently, there are 51 Republicans and 49 Democrats and Democrat-affiliated independents in the Senate.

The three races in Missouri, Indiana, and North Dakota had two key common elements: (1) President Trump won each state handily in 2016 and (2) the incumbent Democratic senators in those states voted against confirming Justice Brett Kavanaugh, who was confirmed by a 50 to 48 vote on October 6.

The only Democrat to vote to confirm Kavanaugh, Sen. Joe Manchin (D-WV) was re-elected in West Virginia, a state President Trump carried overwhelmingly in 2016.

“This was a David-versus-Goliath struggle from the start, but Josh Hawley overcame a torrent of political spending from Claire McCaskill and Chuck Schumer to win this very tough Senate race. Josh is going to be a great Senator and will give Missouri the kind of thoughtful conservative leadership the state deserves,” Senate Leadership Fund President and CEO Steven Law said in a statement.