President Joe Biden announced the death of Islamic State leader Abu Ibrahim al-Hashimi al-Qurayshi on Thursday after the military conducted a military strike against a target in Syria.

“Last night at my direction, U.S. military forces in northwest Syria successfully undertook a counterterrorism operation to protect the American people and our Allies, and make the world a safer place,” Biden said in a statement.

The strike reportedly killed at least 13 people including six children and four women, as Breitbart News reported. Biden said all American forces returned from the operation.

“Thanks to the skill and bravery of our Armed Forces, we have taken off the battlefield Abu Ibrahim al-Hashimi al-Qurayshi — the leader of ISIS,” he said.

Pentagon Press Secretary John Kirby said in a statement the operation was a success. 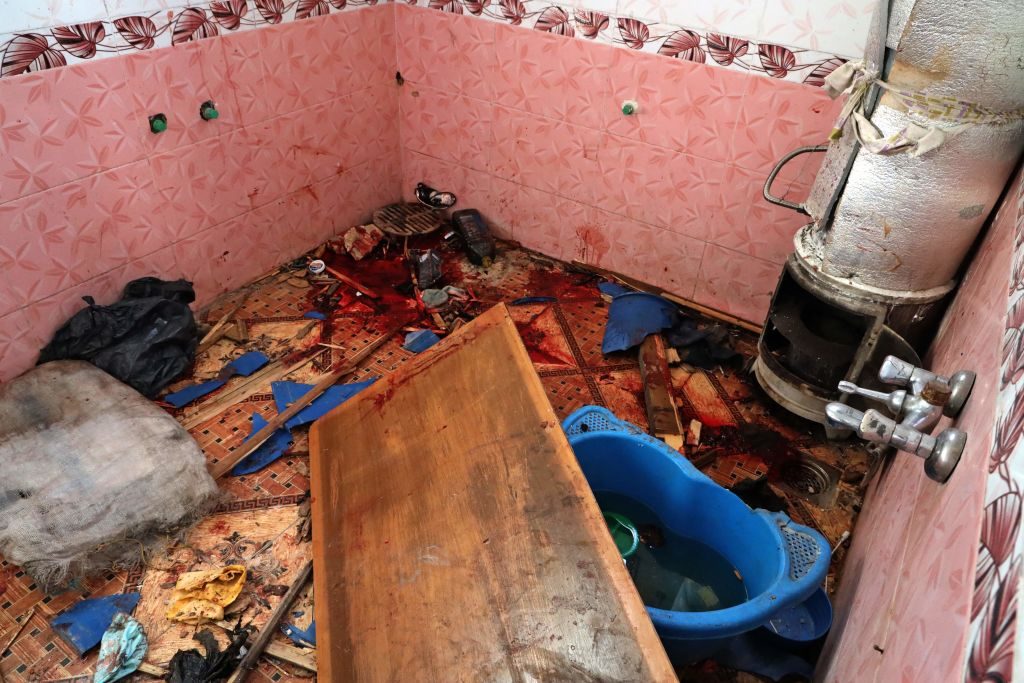 A picture shows on February 3, 2022 the scene following an overnight raid by US special operations forces against suspected jihadists in Atme, in Syria’s northwestern province of Idlib which left at least nine people dead, including three civilians. (MOHAMMED AL-RIFAI/AFP via Getty Images)

“U.S. Special Operations forces under the control of U.S. Central Command conducted a counter-terrorism mission this evening in northwest Syria,” he wrote in a statement. “The mission was successful.”

Islamic State is only a shell of it’s former prowess as the United States and it’s allies led by President Donald Trump crushed the self-declared caliphate and killed leader Abu Bakr al-Baghdadi in October 2019.

“He died after running into a dead-end tunnel, whimpering and crying and screaming all the way,” Trump said after the successful operation to kill al-Baghdadi.

ISIS named al-Qurashi as the successor of al-Baghdadi, although the terrorist group had lost nearly all of its territory held by the caliphate.