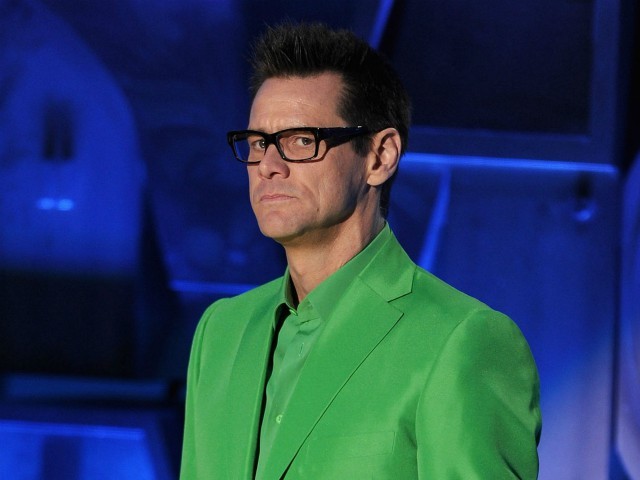 Actor Jim Carrey doubled down on his criticism of President Donald Trump on a panel at Vulture Fest Sunday, describing Trump as a “melanoma” and accusing Republicans of “raping” America’s system of government.

“These are not people you can deal with. You cannot be bipartisan with a criminal. A rapist needs to be removed, not negotiated with. These people are raping our system, they’re destroying it right in front of us,” Jim Carrey said, according to The Hollywood Reporter.

“These people have to be removed from our system because they’re bad for us,” Carrey continued. “Trump is a melanoma, and anybody that covers for him, including Sarah Sanders, is putting makeup on it. It shows that there’s a deeper problem in this country, and that problem is greed.”

Among other things, the Ace Ventura star also commented on racial issues in the United States, saying that he couldn’t understand how blacks “haven’t burned this country down” yet.

“The African-American community has incredible grace in the face of this cancerous hate. They’re unbelievable. I don’t know how they haven’t burned this country down,” he said.

The 56-year-old also showed some of his infamous political artwork on stage.

Over the last year, Carrey has become known more for his anti-Trump paintings than for his acting. He has notably attacked Brett Kavanaugh and Sarah Huckabee Sanders.

This is the portrait of a so-called Christian whose only purpose in life is to lie for the wicked. Monstrous! pic.twitter.com/MeYLTy1pqb

Recently, the Bruce Almighty star attacked President Trump, accusing him of “manslaughter” because of his response to the California wildfires.

As the California death toll rises our Sadist-in-Chief is spending $220 million to send troops to the border for nothing. That’s one way to get rid of Democrats. This is no longer politics. This is manslaughter. pic.twitter.com/w5PR9clQea