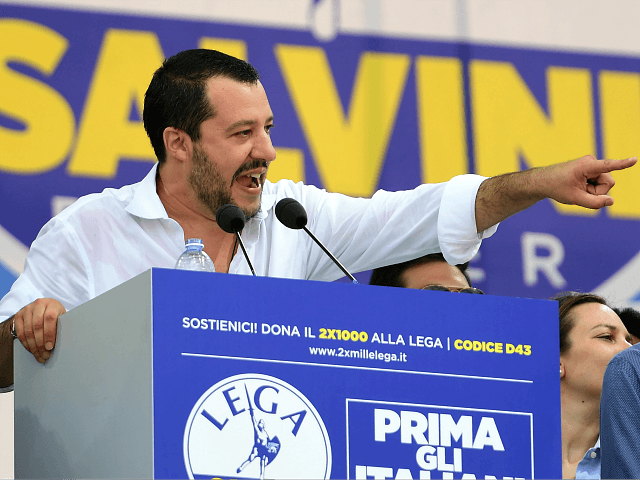 The populist anti-mass migration League party has proposed creating a “difficult” citizenship test for prospective Italian citizens so that migrants can demonstrate their integration into society along with Italian language proficiency.

The test would be the latest in a long battle against the concept of Jus Soli, or birthright citizenship, which the party has long opposed. The new values exam would also make it harder to gain citizenship and qualify for the proposed basic income programme that has been a major pillar of policy of the League’s coalition partner, the Five Star Movement, Il Giornale reports.

The League released a draft law for the new test this week which said: “Citizenship should be the conclusion of a process that leads the foreigner to perfect integration with the territory and with the citizens and not a simple administrative act totally disconnected from any social context.”

“The immigrant who intends to become an Italian citizen must pass an examination that demonstrates a real level of integration in our society, an examination that, in addition to proving an understanding of Italian and any local language, according to the region of residence, also includes questions of general culture, history, culture and traditions and institutional systems, both national and local,” the document added.

The party also cited the UK and the United States as inspirations for the test as both require immigrants to pass basic levels of English along with other questions to obtain citizenship.

The new proposed test comes after the leader of the League, Interior Minister Matteo Salvini, put forward a new migration and security decree that aims to not only keep illegals out of the country but to also pour more funds into deportation centres to send failed asylum seekers and illegal migrants back to their homelands.

The new decree will also see those involved in terrorist activity open to having their Italian citizenship stripped from them and removes residency permits granted on humanitarian grounds.