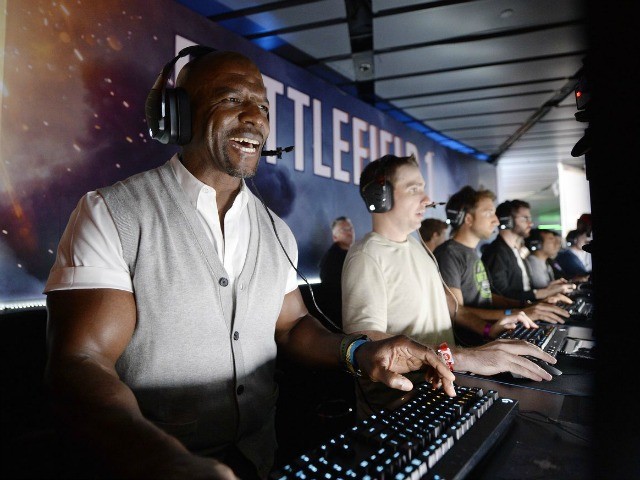 “The type of masculinity discussed is one that associates men with advanced computer knowledge and proficiency, and it is one part of a structure of hegemonic masculinity that also incorporates the more apparent militarized masculinity,” Johnson writes.

At the outset of the piece, Johnson argues that video games have an obsessive focus on war, conquest, and combat. Johnson then links these themes to an alleged epidemic of sexism in the video game space.

Video games emerged in part from military-funded research, and there are ongoing links between military simulation research, military recruitment efforts, and the video game industry. The overall culture of video games was defined in gendered terms as the promotion of a “militarized masculinity” early in its ascendance into a prominent media industry with many game design practices and game narratives focused on scenarios of war, conquest, and combat. More than a decade later, game studies scholars continue to call attention to a “toxic gamer culture” where incidents of sexism have “become more virulent and concentrated in the past couple of years.”

Johnson conveniently ignores that both men and women have been fascinated by stories about conflict, combat, and conquest long before video games were created. The Greek myths depict a series of conflicts and battles amongst the Greek deities. The Epic of Gilgamesh, an epic poem from 2100 B.C. that is considered to be one of the oldest surviving pieces of great literature, features a “test of strength” between two primary characters.

“Gender is socially organized in the West in a hierarchized binary differentiating men and women along supposedly natural or biological masculine and feminine traits,” Johnson argues in his piece.

But Johnson doesn’t seem to mind ignoring the history of story-telling. In much of the academic world, the current brand of masculinity can be traced to mass media from the 20th century. In reality, video games merely adopt the themes that have been prevalent in stories throughout recorded human history.

If the West is truly a “hierarchized binary” that separates men and women, then it’s really hard to argue that video games are the cause.