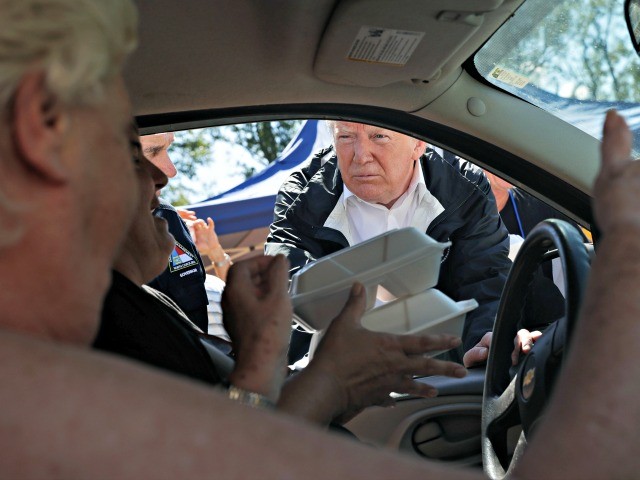 One man stopped the president to tell him that he named his dog in his honor.

“Oh! That’s very nice!” he replied, pointing to the press. “He named his dog after me.”

The dog’s name is “Don T” according to a reporter who spoke to the man afterward.

One woman said that she had lived in the New Bern area for 30 years and had never seen a storm as big as Hurricane Florence.

“We’re going to be with you, you know that,” Trump replied.