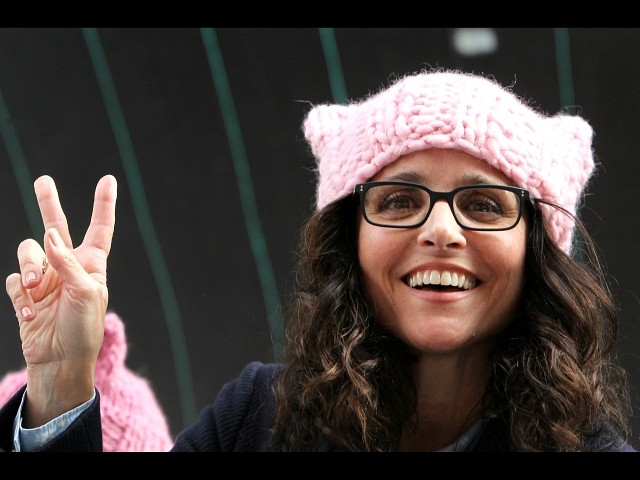 Actress Julia Louis-Dreyfus starred in a video for the ‘Multiply Your Vote’ campaign, urging people to take to the streets and campaign and get out the vote for the Democratic Party in November’s midterm elections.

“When I’m off of TV, I’m not a politician, I’m not an expert, I’m a citizen,” Louis-Dreyfus says in the video published this week. “And I know that the midterm election on Nov. 6 is beyond important. It is vital. I mean sure, I’m going to vote Democratic, we’re all going to vote Democratic, right? Good, but that’s not enough we need more than just your votes. That’s why I’m with these guys today volunteering to multiply your votes.”

The HBO Veep series star asks her volunteers, who appear in the video, why they are voting Democrat. The answers predictably being for their concern for the environment, women’s rights, immigration, and supposedly protecting the “free press.” One volunteer explains how his father is a cancer patient and as such he believes everyone deserves affordable health care.

“I’m a cancer survivor too, and I’m really lucky because I had excellent health insurance, even with a pre-existing condition, and that’s the way it should be for absolutely everybody, and it’s not,” Julie Louis-Dreyfus, a cancer survivor, responded. “And the Republican Congress is making it worse. But the Democrats can change that.”

.@OfficialJLD: “When I’m off of TV, I’m not a politician, I’m not an expert, I’m a citizen. And I know that the midterm election on Nov. 6 is beyond important. It is vital.”

The actress’ appearance in the get out the vote video came a day after she signed a letter in support of Dr. Christine Blasey Ford, who alleges that she was sexually assaulted by President Donald Trump’s Supreme Court nominee Judge Brett Kavanaugh’s while they were in high school.

Before the allegations emerged, Julia Louis-Dreyfus had been a prominent critic of Kavanaugh’s nomination, tweeting out material hostile to his nomination and urging Senators to vote against his confirmation.