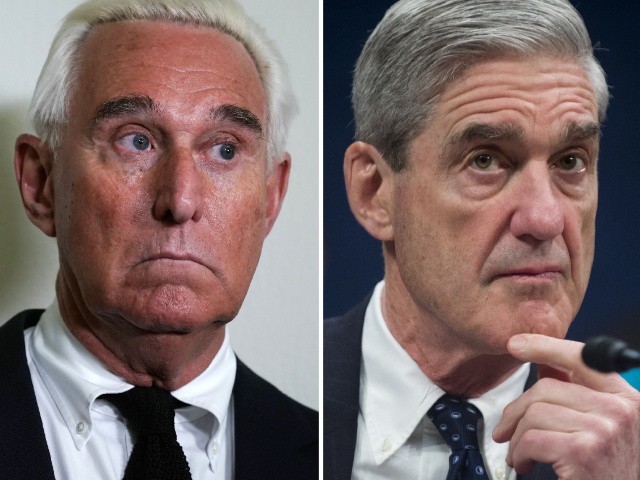 Von Spakovsky noted that none of the conduct Stone is alleged to have lied about is illegal.

“There’s nothing in the indictment that says anything about any kind of involvement by Stone with the hacking that got the DNC emails,” explained von Spakovsky. “There’s nothing in there about [Stone] supposedly being involved with any Russian official. The only thing he was doing was having communications [with] and calling Wikileaks saying, ‘Well, what have you guys got? What kind of information have you got? When are you going to release it?’ And then he’s getting calls, too, from the Trump folks. He’s telling them, ‘I know what’s going on with this.’  So the [Trump folks] are calling him asking, ‘Well, what information is there?’ None of that was illegal.”

Von Spakovsky added, “There’s nothing illegal in any of the underlying conduct that’s described in the 24-page indictment.”

Von Spakovsky described the FBI’s raiding of Stone’s home in Fort Lauderdale, Florida, as an abuse of state power.

“The predawn raid by a dozen FBI agents in riot gear was, once again, an abuse of their procedures,” said von Spakovsky. “Quin Hillyer, who I think you all know, he had an op-ed calling it the toxic masculinity of the FBI, and he is absolutely right.”

Von Spakovsky added, “This is the kind of raid the FBI would properly stage if they were going after the Gambino family or big drug dealers where they’re expecting violence. There is no need to engage in this kind of behavior with an elderly man who’s represented by a lawyer. The standard thing to do in situations like that is to notify the lawyer; let the defendant come forward and be arrested. These kinds of abusive tactics have no purpose other than to intimidate possible defendants in criminal cases, and it’s not the kind of thing that should happen.”

Von Spakovsky noted CNN’s coordination with the Mueller-led special counsel’s office in broadcasting the raid of Stone’s private residence. CNN denied being tipped off about the FBI raid.

“We know that, once again, someone at the FBI or the special counsel’s office leaked information about this,” observed von Spakovsky. “That’s why CNN was there. And remember, that’s one of the things the inspector general at DOJ talked about when they released their report about the Hillary Clinton investigation was how people at the FBI were constantly violating the rule against disclosing this kind of thing to the public.”

Trump tweets about Roger Stone raid, “Who alerted CNN to be there?” Just think! If you were president, you could haul the FBI director’s ass into the Oval Office and ask him yourself.

Von Spakovsky lamented FBI Director Chris Wray’s failure to rein in what he described as the special counsel’s “abusive behavior” toward Stone.

Von Spakovsky stated, “I can’t tell you how disappointed I am in the current head of the FBI, Chris Wray, who came in promising that he would clean things up, that he would try to stop the abusive behavior going on inside the FBI; and yet, not only has he not done it, but that kind of abusive behavior and taking advantage of the law enforcement power of the FBI has continued.”

Mansour remarked, “This feels so Soviet to me. This feels so Stalin-esque. They go and raid this guy’s home, almost in the middle of the night in riot gear with a dozen FBI agents pounding on the door, ‘Open up!’ And the underlying thing is a total nothingburger.”

Von Spakovsky concurred, “This kind of raid in riot gear is a total abuse of the law enforcement power of this federal agency. It’s not the kind of thing we want to see happening. Unfortunately, it looks like the current head of the FBI, who was supposed to clean things up, is not only not cleaning things up, he’s continuing the kind of bad behavior that we have now seen for quite a while and that led to the firing of all the prior top leadership inside of the FBI.”

Von Spakovsky added, “If [Stone] is really not going to plead guilty, I hope he’s got a lot of money, because he’s going to need it to pay his defense counsel, because I have no doubt that given the abusive tactics that Mueller and his office have used in this predawn raid in riot gear — as if he was a mobster — that they will go after him full-force if he decides to plead innocent and try to get him a lot of time in jail.”

Von Spakovsky concluded, “This case, once again, shows to anybody who works in Washington that if you get called by the FBI, you are foolish to talk to them, and if you do end up talking to them, you shouldn’t do it without a lawyer present. And if the underlying conduct that you engaged in was perfectly legal, be sure that you tell the absolute truth about what happened, because otherwise you’re going to get charged.”