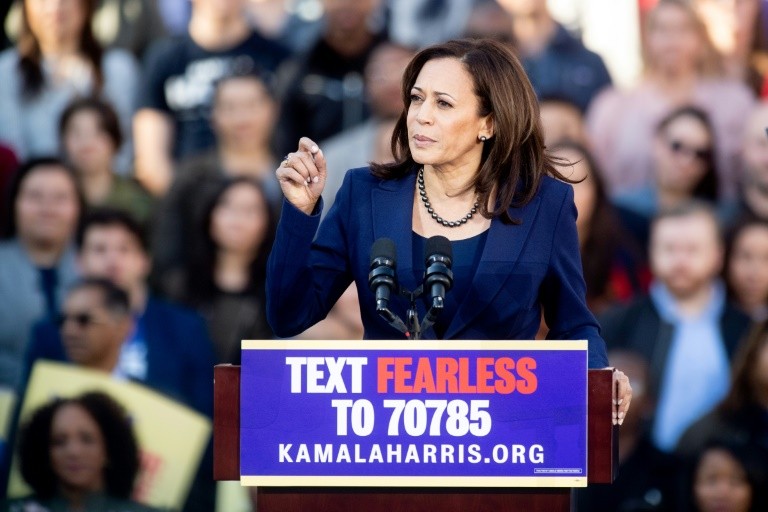 Al Sharpton praised Sen. Kamala Harris (D-CA) on Sunday as a presidential candidate who is “aggressive with grace.”

Sharpton said that to defeat Trump, the Democrat must show grace but also aggressively combat Trump’s ability to dominate news cycles and control the narrative.

The MSNBC host and activist also praised Harris for not running away from identity politics.

At her kickoff event, Harris said the country must acknowledge that “the word unity has often been used to shut people up or preserve the status quo.”

“I say we rise together or we fall together as one nation, indivisible. And I want to be perfectly clear. I am not talking about unity for the sake of unity. Hear me out,” Harris said. “I’m not talking about some facade of unity. And I believe we must acknowledge that the word unity has often been used to shut people up or preserve the status quo.”

Harris continued by saying “no one will be subjugated for others” when the country has “true unity.”

“After all, let’s remember, when women fought for suffrage, those in power said they were dividing the sexes and disturbing the peace,” Harris said. “Let’s remember, when abolitionists spoke out and civil rights workers marched, their oppressors said they were dividing the races and violating the word of God. But Frederick Douglass said it best, and Harriet Tubman and Dr. King knew—to love the religion of Jesus is to hate the religion of the slave master.”

Harris also said she wanted to speak the “uncomfortable but honest truth” about discrimination.

“Racism, sexism, anti-Semitism, homophobia, trans-phobia are real in this country,” she said.