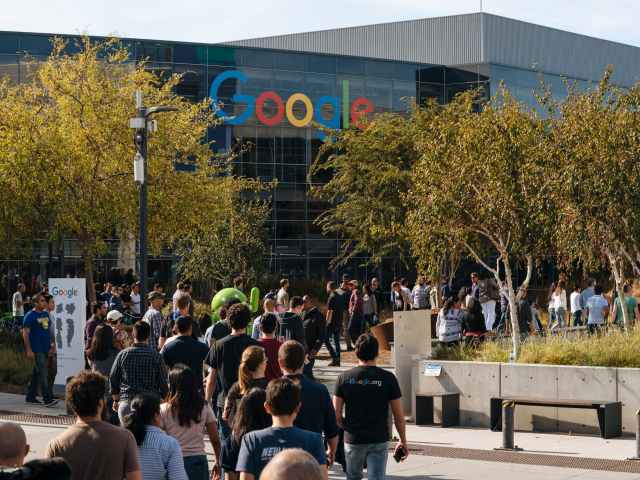 Today, thousands of Google employees staged a company walkout to protest Google executives’ alleged protection of sexual harassers at the company. The walkout at the Company’s HQ in Mountain View, California, is reportedly the largest worldwide.

Employees from New York City, Dublin, London, Singapore, Toronto, Berlin, and Cambridge all joined in with the protest — which Google executives reportedly tried to quell — with employees providing a list of demands to Google executives. Further protests are expected at Google’s Silicon Valley headquarters.

The demands included, “An end to Forced Arbitration in cases of harassment and discrimination,” “A commitment to end pay and opportunity inequity,” “A publicly disclosed sexual harassment transparency report,” “A clear, uniform, globally inclusive process for reporting sexual misconduct safely and anonymously,” and, “Elevate the Chief Diversity Officer to answer directly to the CEO and make recommendations directly to the Board of Directors.”

Now, Google workers from the company’s Mountain View HQ have begun walking out of the building in what appears to be the largest walkouts seen so far. Overhead shots appear to show hundreds filling the streets surrounding the campus:

SkyFox flies over the #GoogleWalkout at its Mountain View, Calif. headquarters over the treatment of women. Some are shouting “Rise up! Rise up!” pic.twitter.com/9Gzd8c3N6Y

The view from the sky of the employees gathered for #GoogleWalkout at the Mountain View Offices. 📷 by @abc7newsbayarea pic.twitter.com/7O706rYq2A

Hard to see behind the trees here, but thousands of NYC Googlers are at the walkout in the park, as well as on surrounding streets #GoogleWalkout pic.twitter.com/5OQOH6mCyQ

Some tweets claim that the number of employees walking out of the building is in the thousands, not hundreds:

Hard to see behind the trees here, but thousands of NYC Googlers are at the walkout in the park, as well as on surrounding streets #GoogleWalkout pic.twitter.com/5OQOH6mCyQ

Reports claim that as many as three thousand employees may have left the building:

Hundreds in SF and around 3k in Mountain View. Organizers “proud” of employees for a protest that took 5 days to organise but was “years” in the making. #GoogleWalkout https://t.co/oIbdT1dphK

Employees began to pass around a microphone to share examples of times they felt harassed at the company:

This woman stepped up to the mic at the #GoogleWalkout event in Mountain View. She is a barista and told of a story of how someone came to the counter one day and commented on her red lipstick. “Nice lipstick,” the person said. “Lick your lips for me.” https://t.co/1fEHg51ACR pic.twitter.com/AxPdDTFtWd

Reports also claim that New York Times reporter Daisuke Wakabayashi was removed from the campus by Google security, Wakabayashi is the author of the report on Google executive Andy Rubin which appears to have kickstarted this movement in the first place:

Google security has made @daiwaka, who broke the Rubin story with @ktbenner, leave its Mountain View campus so he can’t be at the #GoogleWalkout ¯_(ツ)_/¯

Overall it appears as if Google’s attempts to paint themselves as a progressive and “woke” company may have backfired due to the alleged actions of senior executives at the company. Whether the current protests will cause any significant change to the company’s internal culture remains to be seen.