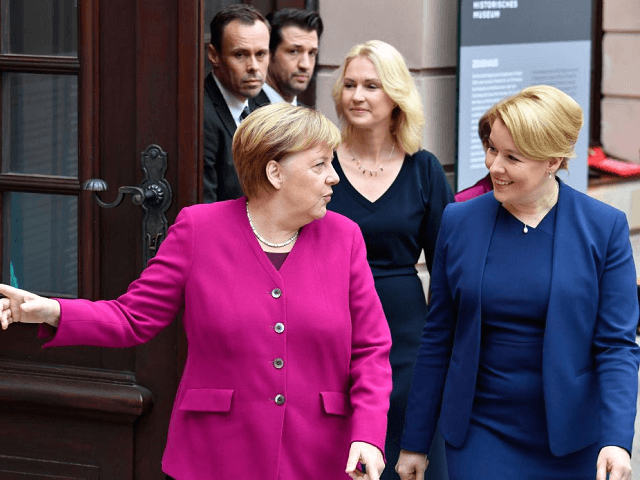 BERLIN (AP) – Germany’s Cabinet on Wednesday approved legislation that would loosen, but not scrap, a ban on doctors “advertising” abortions, in an attempt to bridge a divide between the country’s governing parties.

Chancellor Angela Merkel’s junior governing partners, the center-left Social Democrats, wanted to remove the ban from Germany’s criminal code. It provides for a fine or a prison sentence of up to two years. But Merkel’s center-right party insisted it should stay.

Under a compromise reached by negotiators from both sides last week, the ban will formally remain in place but doctors and hospitals will be able to say on their websites that they perform abortions, which they can’t at present.

They will not, however, be allowed to give more detailed information. The plan also calls for the German Medical Association to establish a central list of doctors and clinics performing abortions.

Franziska Giffey [pictured above, right], the minister for women and a Social Democrat, said that “women will get comprehensive information (and) there will be legal security in the future for doctors.” The measure still requires parliamentary approval.

The compromise has drawn criticism from Germany’s ideologically divided opposition. Kristina Haenel, a doctor who was fined in 2017 for offering abortions on her website and has been a prominent voice against the ban, also has said that the proposed change doesn’t go far enough and still amounts to “state censorship.”