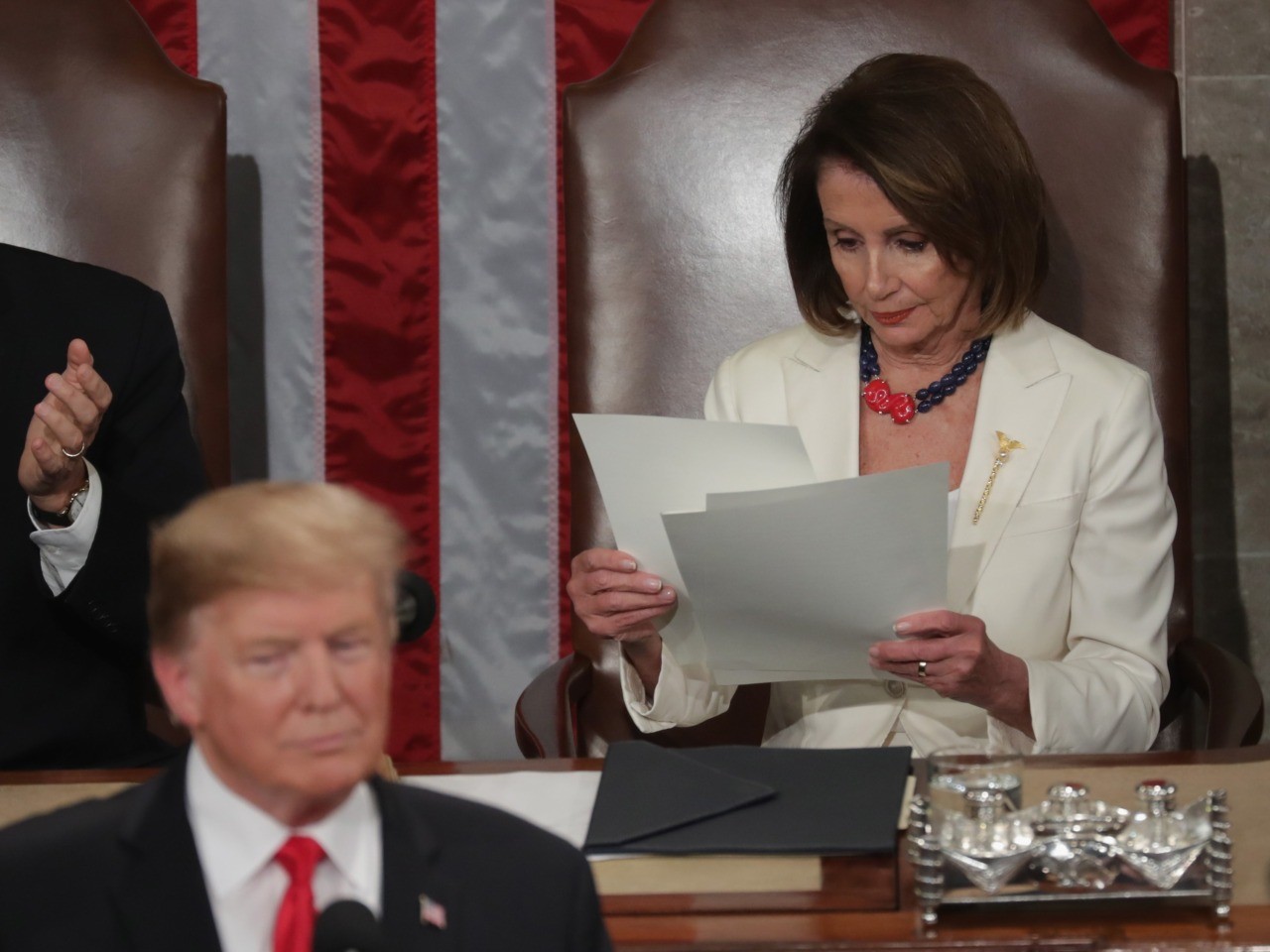 Speaker of the House Nancy Pelosi shuffled a large-type transcript of President Donald Trump’s speech during the State of the Union address on Tuesday evening. Afterwards, she condemned what she called the president’s “misrepresentations,” tweeting that they would “take days to fact-check.”

It will take days to fact-check all the misrepresentations that @realDonaldTrump made during tonight’s #StateOfTheUnion address. #SOTU https://t.co/m7UbKmzzRG pic.twitter.com/oKGdJUsVk3

In a more extensive statement, Pelosi complained about Trump’s criticism of congressional investigations of the administration; claimed he had refused to mention “gun violence” — though he discussed the Tree of Life synagogue shooting extensively; and demanded that he “end his assault on health care and the dignity of the LGBTQ community.” But she did not mention any facts that she believed Trump mis-stated.

Pelosi challenged Trump to “commit to signing the bipartisan conference committee’s bill to keep government open and provide strong, smart border security solutions.” Ironically, she herself indicated last week that she would refuse to support any conference committee bill that included money for a border wall.

In terms of fact-checking, the Associated Press took a few hours — not days — to fact-check the president’s speech, as well as the Democratic response by former Georgia gubernatorial candidate Stacey Abrams (who still has not conceded the 2018 election).

The AP found relatively little to complain about in Trump’s speech. It pointed out that the war in Afghanistan has lasted 17 years rather than 19 years, for example.

However, as Breitbart News did, the AP found that Abrams’s main claim about the economy was glaringly false:

ABRAMS: “The Republican tax bill rigged the system against working people. Rather than bringing back jobs, plants are closing, layoffs are looming and wages struggle to keep pace with the actual cost of living.

THE FACTS: The economy is doing better in the wake of the Trump administration’s tax cuts than Abrams suggests. The number of people seeking unemployment benefits, a proxy for layoffs, briefly fell to a five-decade low last month. And average hourly pay is running ahead of inflation.

Despite claiming that Trump’s speech was a misery of misrepresentation, Pelosi joined applause for what has already become Trump’s most celebrated line: “America will never be a socialist country.”