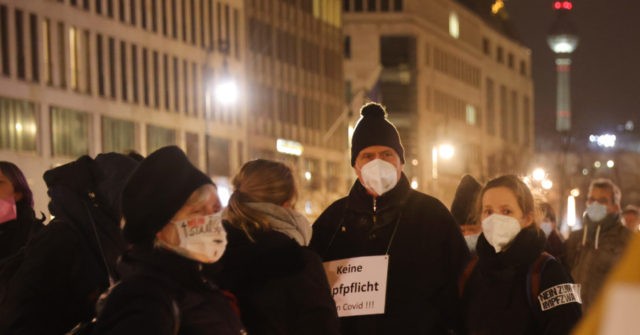 A court in Germany has ruled that a ban on anti-lockdown walks implemented by a local authority was illegal and that the federal powers involved had not provided enough evidence to adequately justify the restrictions on public gatherings.

A blanket ban on so-called anti-lockdown “walks” implemented by the Brandenburg State Assembly Authority has been ruled illegal over the fact the authority has not been able to adequately justify it.

The state authority had initially implemented the ban — which targetted protests held in the German city of Cottbus — over the allegations that they were disrupting public safety and order regarding COVID restrictions.

However, according to a report by Bild, a local court has found that the federal-state authority did not provide enough evidence for this danger.

The court instead ruled that authorities failed to adequately justify “that there are concrete and comprehensible factual indications for the assumption that unannounced meetings will take place, which are very likely to result in a particularly serious risk of infection or other serious dangers to public safety.”

“The general reference to violations, in particular of the obligation to wear a medical mask and compliance with the minimum distance requirement without a plausibility check and presentation of specific details, is not sufficient,” the court ruling also noted.

As the blanket ban on Corona walks in Cottbus is lifted, Germany is once again recovering from a day of anti-lockdown marches across the country.

Thousands of people across Germany once again took to the streets on Monday to protest the nation’s lockdown measures, as well as the country’s incoming regime of forced vaccinations.

One of the biggest supporters of mandatory jabs however, the Federal Republic’s left-leaning Chancellor Olaf Scholz, has recently seen his support plummet, with a recent poll finding that the SPD politician’s support has collapsed only weeks after taking office.

Meanwhile, a number of local regions in the country have announced a relaxation of lockdown restrictions affecting the unvaccinated in the country.

Hamburg, Mecklenburg-Western Pomerania and Bremen have all announced an end to the so-called “2G” rule in retail, which bans those who cannot prove vaccination or recovery from COVID-19 from accessing non-essential shops.

Also, while measures are being loosened for retail settings, 2G plus rules — which bans unboosted individuals without a negative COVID test from accessing applicable infrastructure, along with those who have neither proof of vaccination nor recovery — are to remain in force for restaurants, bars, leisure and culture according to Bild.