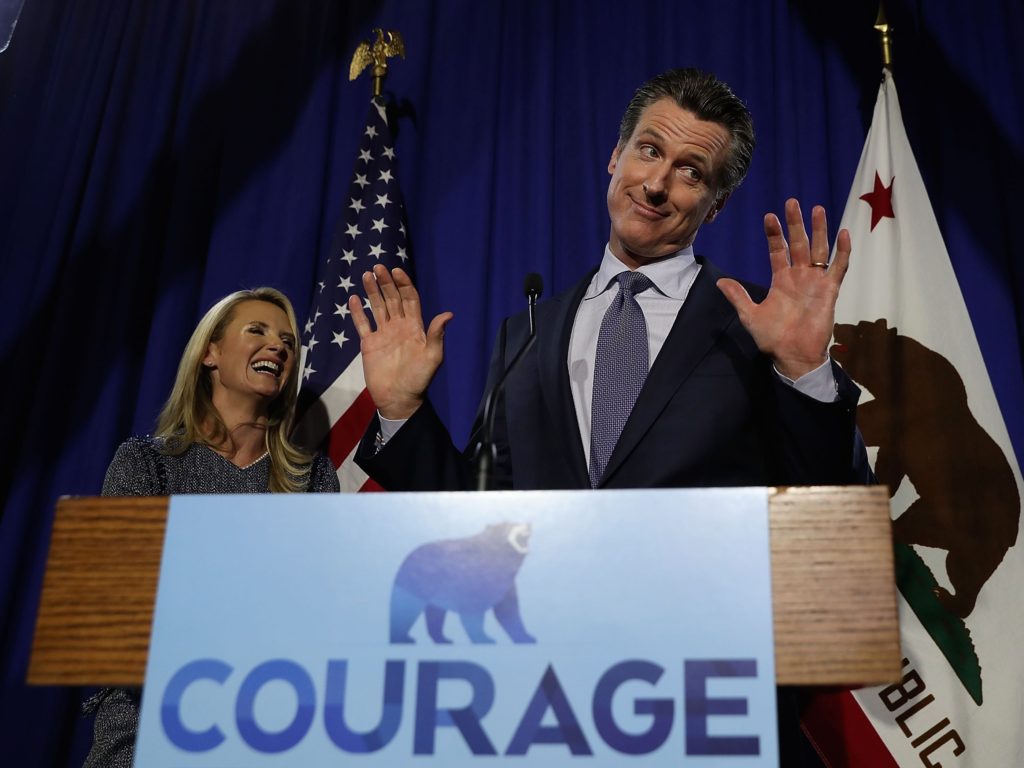 Governor-elect Newsom spoke to Politico on Friday in a telephone interview — conducted from Mexico:

“What’s the point of our National Guard being there at this point? I can’t see any,’’ he told POLITICO in a phone interview from Mexico as he prepared to attend the inauguration of Mexican President Andrés Manuel López Obrador. He said he would review current National Guard commitments — those made by Brown under pressure from President Donald Trump. Those commitments are set to extend until March 31. But Newsom said he believed those troops could be far better utilized.

“There’s plenty for them to do on the Camp fire and recovery efforts,’’ as well as “on the humanitarian front’’ where the immediate need for shelter, food and medical care is clearly “not going away anytime soon,’’ he said.

Instead of keeping migrants out, Newsom said, he would focus on helping “refugees” who arrive in the state. (Politico also used the term “refugees,” though many do not qualify for asylum.)

After much controversy, Brown agreed to send several hundred members of the National Guard to the border as part of a multi-state effort earlier this year.

As Breitbart News reported, their focus was assisting federal efforts at “on combatting transnational criminal gangs, human traffickers, and illegal firearm and drug smugglers,” though they were not directly involved in federal law enforcement or building any new physical barriers at the border.