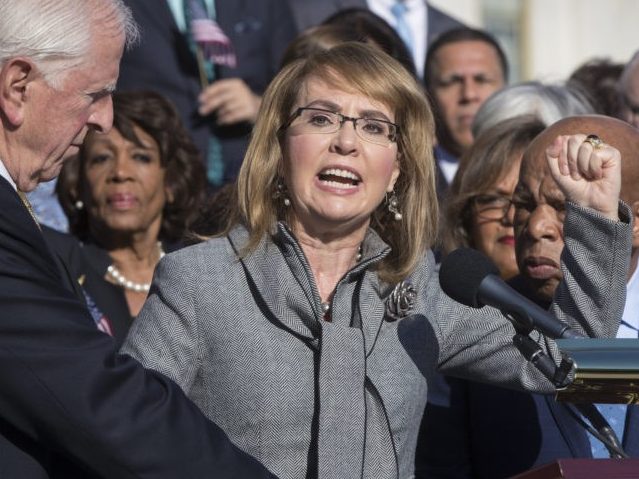 As House Democrats embark on an effort to expand background checks Gabby Giffords is making clear that it is only the “first step” in a larger push for gun control.

Consider California, a state that adopted expanded background checks in the early 1990s. That was followed by gun registration requirements, gun confiscation laws–via Gun Violence Restraining Orders–all of which are now partnered with a 10-day waiting period for gun purchases, an “assault weapons” ban, a ban against buying more than one handgun a month, a requirement that would-be gun buyers first acquire a safety certificate from the state, a “good cause” requirement for concealed carry permit issuance, a ban on campus carry for self-defense, and controls on ammunition purchases.

Moreover, even now California Democrats are pushing to expand the one-handgun-a-month ban to include long guns as well. This would be mean Californians could only lawfully buy one gun a month, regardless of gun type.

When Giffords says an expansion of background checks is only the “first step,” her words are borne out by history.

AWR Hawkins is an award-winning Second Amendment columnist for Breitbart News and the writer/curator of Down Range with AWR Hawkins, a weekly newsletter focused on all things Second Amendment. He is the political analyst for Armed American Radio. Follow him on Twitter: @AWRHawkins. Reach him directly at awrhawkins@breitbart.com. Sign up to get Down Range at breitbart.com/downrange