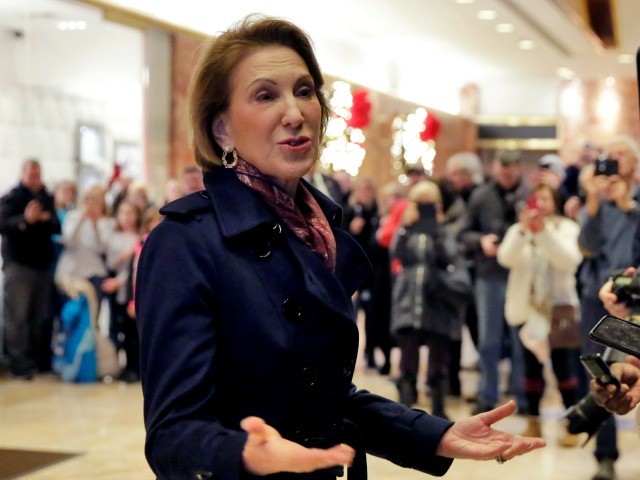 During an interview broadcast on Thursday’s edition of CNN’s “AC360,” former Republican presidential candidate Carly Fiorina reacted to President Trump’s “horseface” tweet about Stormy Daniels by saying that such insults diminish the presidency and that Daniels, her attorney Michael Avenatti, and Trump are “all birds of a feather. They’re all in show business.”

Fiorina said, “There’s no doubt that the office of the presidency is diminished when the occupant engages in this kind of insult over Twitter. On the other hand, when I think about the people involved here, Stormy Daniels, her lawyer, Donald Trump, I honestly think they’re all birds of a feather. They’re all in show business. And so, while she’s talking about his private parts, he’s talking about her face, and they’re all getting a lot of publicity.”

Fiorina later added that while rhetoric is important, “we also need to focus on the startling reality that we’re not making much progress in terms of toxic work cultures or the abuse of women or the underrepresentation of women and people of color in positions of impact and influence.”

She concluded that it is unfortunate that women’s issues have become politicized and that female conservatives shouldn’t be criticized for failing to fall in line with Democratic policies.