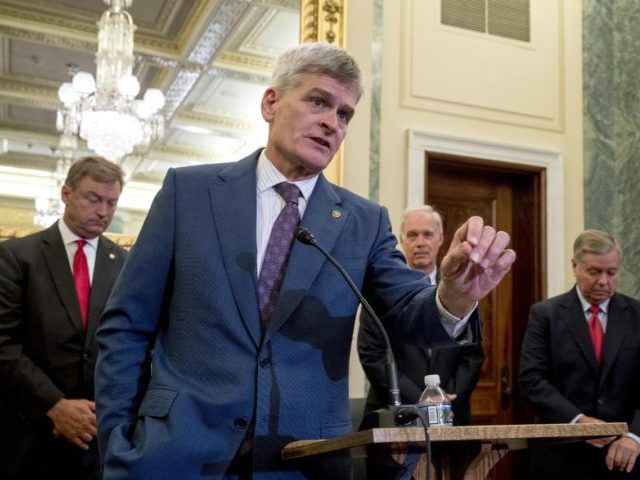 Just like their other tactics throughout this confirmation process, Senate Democrats’ demands for an FBI investigation have never been about getting the facts or finding the truth.

If they were, they would have alerted law enforcement months ago, as soon as they learned of the claims. Instead, they waited until the last minute to leak them in order to delay the vote.

That is why any FBI investigation of the allegations against Judge Brett Kavanaugh should include potential coordination between the Democrat operatives and lawyers that assisted in bringing them forth.

What Senate Democrats really want is more time to smear Judge Kavanaugh, regardless of the toll it takes on his wife, his daughters, and our country.

Democrats will not suddenly require evidence to declare Judge Kavanaugh guilty of being the worst kind of criminal. They will not suddenly abandon their assumption that all accusations against Republicans are credible and to be believed.

If the FBI turns up nothing significant, they will say what Joe Biden said in 1991, that the FBI does not reach conclusions. They will say the FBI did not have enough time to conduct a thorough investigation.

What they will not do is admit they were wrong to accuse Judge Kavanaugh of being a gang rapist, or a rapist, or a sexual assaulter, or a drunk, or a perjurer, or a hothead unfit for the bench.

If the delay facilitates new allegations from Michael Avenatti or someone else, it will not matter how ludicrous they are. Democrats will instantly call them credible, demand more delays, more FBI resources, and more hearings. They will attack anyone who disagrees.

Delay, delay, delay. That’s all they want, because their goal is to do anything and everything to smear any nominee — anyone — and block Republicans from appointing another justice to the Supreme Court.

We cannot and should not let that happen.

Dr. Bill Cassidy, MD, a Republican, is the senior senator from Louisiana.