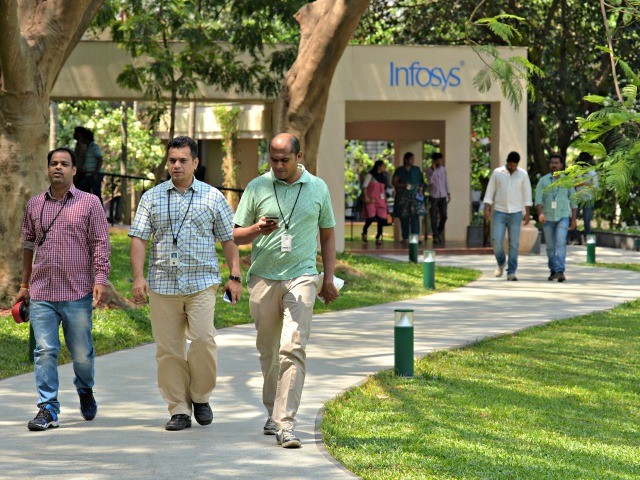 One thousand information-technology professionals at Verizon have won a better proposal from the corporation’s executives who are eager to outsource white-collar jobs to India.

As Breitbart News has chronicled, many Americans at Verizon were told their jobs are being outsourced to an Indian firm named Infosys.  The low-wage firm is loathed by American information-technology experts, and it has been accused of undercutting American workers and discriminating against black and white Americans in favor of Indian nationals.

Today — after Breitbart News’s reporting and complaints to the CEO and executives from the American workers at Verizon — those 1,500 Americans professionals were told that they will be eligible for the resign-and-severance-package plan.

In an email to the U.S. workers, they were told that they can either move over to Infosys with a guarantee of a job for two years and a signing bonus or accept the severance package. Many of the workers are of retirement age.

Attorney Sara Blackwell, who fights for American workers in offshoring cases, told Breitbart News the American workers are ecstatic about the news that they have at least been given more options, as their jobs are eventually expected to be offshored to India.

“For me, after doing this for four years fighting this [outsourcing and offshoring] business model, I’m so grateful for at least this kind of win,” Blackwell said. “This is a victory in some ways.”

“They’re just so excited right now,” Blackwell said of the American workers. “This is a win in the sense that the workers got a better offer.”

The outsourcing-offshoring business model used by multinational corporations begins by laying off American workers in high-paying, white-collar industries and forcing them to train their foreign replacements, who often arrive in the U.S. on the H-1B visa. Those H-1B visa workers generally work in the United States to transfer tasks and jobs to cheaper employees in India and a few other countries.

The U.S. government allows a population of roughly 700,000 H-1B visa-workers to hold jobs in the United States.

In the case of Verizon, American workers say their jobs are first being moved over to Infosys, where they will eventually be offshored to India altogether.

“The Infosys executive said their goal is to have us train the employees in India and then we would send the jobs there to India,” one American told Breitbart News in an exclusive interview.

Verizon’s outsourcing scheme is likely to be similar to AT&T’s outsourcing-offshoring business model, which has left thousands of Americans laid off while their jobs move overseas.