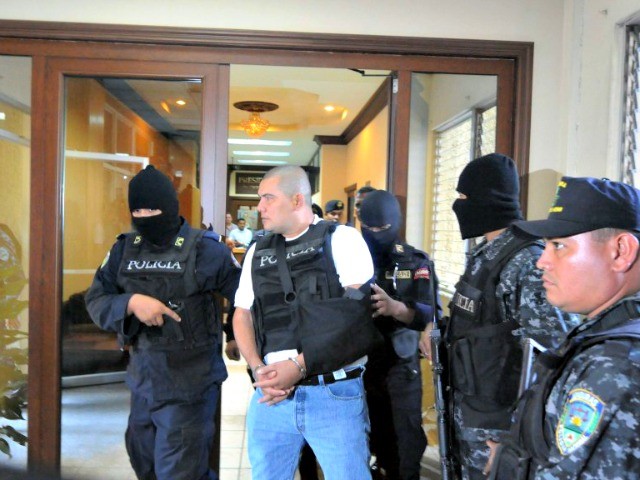 Conservative leaders are asking President Trump to oppose prison reform legislation, telling him to “trust” his instincts and calling the bill “prison release.”

The Center for Urban Renewal & Education’s Star Parker, Sheriff David Clarke Jr., the Center for Security Policy’s Frank Gaffney and Clare Lopez, Conservative Review’s Daniel Horowitz, as well as 27 other leaders from prominent conservative organizations have sent a letter to Trump asking him not to support the First Step Act.

Despite what the proponents of soft-on-crime policies like criminal leniency suggest, the data is clear and confirmed by common-sense: taking criminals off the streets reduces the rate of crime. [Emphasis added]

Now, a leniency-industrial complex is urging you to support a bill that would reduce the sentences for federal drug traffickers, and allow large numbers of those same traffickers to “serve” their sentences outside prison in “home confinement.” [Emphasis added]

Mr. President, don’t do it. Trust your instincts. [Emphasis added]

“The biggest flaw driving this impetuous push for dismantling our criminal justice system is that there is no balance of equities between the desires or needs of convicts with the needs of victims and public safety,” Horowitz said, going on:

At a time when the prison population is plummeting and violent crime is going back up in many parts of the country, we need to be even more careful to ensure that we don’t repeat the mistakes of the pre-Reagan era of soft-on-crime-policies. Let’s study this issue with the right balance and the most up-to-date facts and trends at our disposal. Let’s hear the input from law enforcement, prosecutors, and victims rather than just hearing from political groups and Hollywood attention-seekers.

The prison reform legislation — promoted by White House advisers Jared Kushner and Ivanka Trump — would cut the penalty for drug trafficking in half. This would allow a repeat-fentanyl trafficker with more than 400 grams of fentanyl to receive only seven years and 10 months in prison. Current law mandates that the repeat-fentanyl trafficker receive at least 20 years in prison.

“The current criminal justice reform legislation is a formula for getting more unreformed criminals – including drug dealers and jihadists – back on the streets, threatening public safety and even the national security,” Gaffney said. “We mustn’t go there.”

The prison reform legislation would also immediately release about 4,000 felons back into American communities, as Breitbart News has reported. These 4,000 felons would include convicts who have violent criminal and gang records and they would not have to participate in the legislation’s anti-recidivism programs.

For heroin and fentanyl traffickers, the prison reform legislation allows them to earn early release from prison so long as they earn credits for participating in “productive activities.” This portion of the legislation allows for drug traffickers to get an early prison release by joining recreational leagues.

Trump said on Thursday that he would support the prison reform legislation against the advice of Attorney General Jeff Sessions and the law enforcement community.

Executives working for the billionaire GOP mega-donors, the Koch brothers — many of which have close ties to Vice President Mike Pence and former Legislative Affairs Director Marc Short — held meetings at the White House with Trump officials in May and were reportedly successful in convincing the president to back the plan, despite his “Law and Order” agenda.