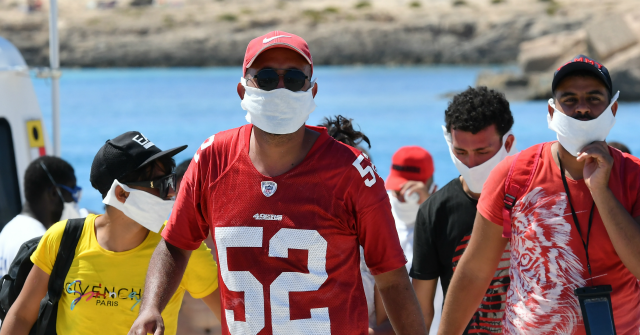 Italy has seen a surge in migrant arrivals in recent weeks, with as many as 11,000 arriving last week, half of them coming from Tunisia.

The Italian Interior Ministry released a statement this week saying: “Autonomous landings on the Italian coast have more than multiplied in a very short period of time.”

Italian Foreign Minister Luigi Di Maio went on to call for aid from the European Union, saying the bloc “must address this issue immediately” and work to redistribute the incoming migrants. Di Maio also noted the health risks due to the potential spread of the Wuhan coronavirus, Le Figaro reports.

Of the 11,000 migrants to arrive in Italy last week, many came by small boat. Around half of them came from Tunisia, most of them Tunisian citizens.

For those who come from Tunisia, the Italian island of Lampedusa, the part of Italy closest to the North African coast, is often their target. On Tuesday night alone, around 300 migrants arrived on the island in 13 small boats.

The surge of new arrivals has led to intense overcrowding at the Lampedusa migrant reception facility which is designed to hold just 95 migrants at a time and currently holds around 1,000.

In June, residents of Lampedusa held their own referendum and overwhelmingly voted to close the migrant reception centre with over 900 votes for the measure and just four voting against it.

“For 30 years, in the face of the continuous violation of the most essential rights for the population and for immigrants, Lampedusa has been used as a military management platform for migration,” a local island committee said. It added: “All this with the complicity of local administrations and through a moral and economic blackmailing strategy, to the detriment of the local population.”