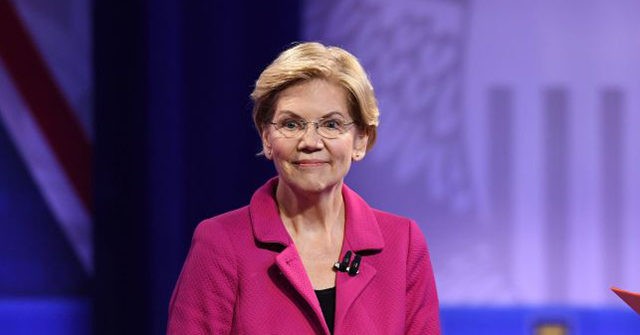 The audience member at Thursday’s CNN and Human Rights Campaign (HRC) town hall, who set Sen. Elizabeth Warren (D-MA) up for a “viral” answer on faith and traditional marriage, sits on the HRC Board of Directors and has donated thousands to the Massachusetts senator, according to reports.

The audience member, identified as Morgan Cox III, asked Warren what she would say to supporters who indicate that their faith teaches them that marriage is between a man and a woman.

“Let’s say you’re on the campaign trail … and a supporter approaches you and says, ‘Senator, I am old-fashioned, and my faith teaches me that marriage is between one man and one woman.’ What is your response?” he asked.

“Assuming you can find one,” she added, prompting laughter.

Warren’s campaign boasted of her “viral” answer, which they say garnered over 12 million views in 15 hours:

A spokeswoman from the Warren campaign says this video from last night’s CNN Town Hall has amassed 12 million views in 15 hours, accounting for all the places it’s been posted. #IACaucus https://t.co/bnSewVHkxL

According to Fox News, the man who set Warren up for the viral response was a friendly face, who sits on the HRC Board of Directors, which partnered with CNN to hold the town hall. Donor data also suggests that a man fitting Cox’s description donated $5,400 to Warren in the past — $2,700 in July 2017 and $2,700 in April 2018, Fox News reports.

Warren made waves at the town hall after signaling support for taxpayer-funded “gender-affirming surgery” for inmates and praising a child who claimed to be transgender.

“I believe that everyone is entitled to medical care and medical care that they need, and that includes people who are transgender, who — it is the time for them to have gender-affirming surgery,” Warren said.

“I just think that’s important and the appropriate medical care,” she added.