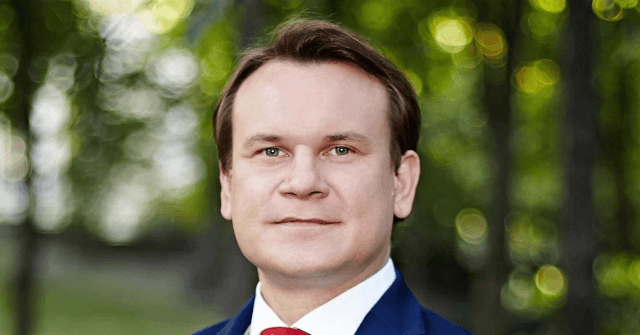 Poland’s conservative-populist government has rejected received opinion that “the economy, stupid” must be centre stage in any election campaign, putting national identity and public safety first as the country heads to the polls on October 13th.

Speaking exclusively to Breitbart News, firebrand Law and Justice Party (PiS) lawmaker Dominik Tarczyński stressed that while economic growth has been strong in Poland since his party assumed office in 2015, he does not accept that GDP and the cost of consumer goods are voters’ overriding concern, as “centrist” dogma has had it ever since Bill Clinton strategist James Carville coined the famous “It’s the economy, stupid” phrase in the 1990s.

“Our safety in Europe, our safety in the United States, our safety in the world is paramount now that this madness which was started by Germany is spreading,” Tarczyński said, referring to the large-scale “illegal Muslim migration” which has been ongoing since the onset of the migrant crisis.

While the scale of this influx has been reduced from its 2015 peak, when hundreds of thousands crossed Europe’s borders on a weekly basis, this could change rapidly if the Turkish president and politicians in Lebanon make good on recent threats to “open the gates” to millions of migrants if the European Union does not “kneel” to their demands.

Mr Tarczyński made it clear that the Polish government sees any alleged economic benefits from mass migration, as promoted by the European Union’s political establishment and private campaigners such as billionaire plutocrat George Soros, are outweighed by the damage which he believes it does to a country’s sense of national identity and social cohesion.

“What if the economy does not improve after we take Muslim migrants for twenty years?” he asked.

“Britons are a minority now [in London],” he said, suggesting that it is now likely impossible for someone who does not command the loyalty of one or more of the British capital’s ethnic or religious minorities to succeed Sadiq Khan as mayor in city elections.

“We are not hedonists who are thinking only about today: ‘I’m going to amuse myself, I’m going to eat something, drink, I’m going to sleep, and that’s what my existence, my life, is about’ — no,”  Tarczyński insisted.

“National life and existence is about the past, about those who fought for our country — and it’s about the future; about our children, our grandchildren, our identity, our music,” he added.

“We can’t just let it go to please the leftists and others. So this election is about Poland, about our responsibility to cherish it and to preserve it for the next generation.”