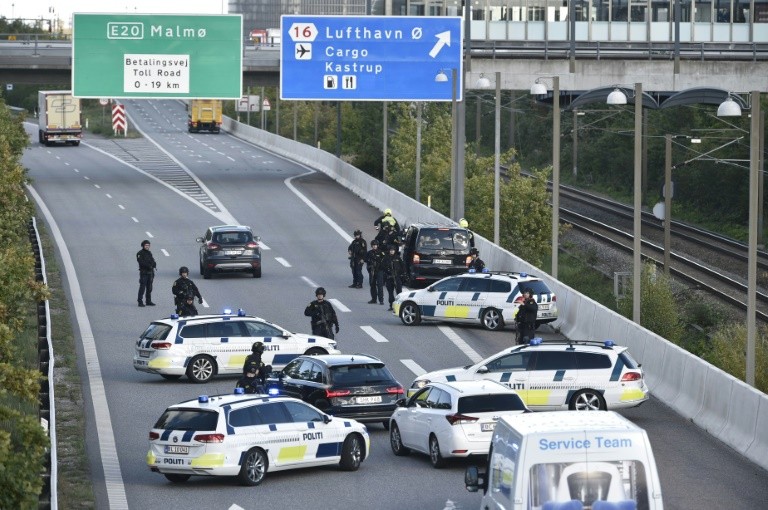 (AFP) COPENHAGEN, Denmark — Denmark on Tuesday recalled its ambassador to Iran after it accused Tehran of plotting a foiled attack against three Iranians living in the Scandinavian country.

“I have decided to recall Denmark’s ambassador in Tehran for consultations… Denmark can in no way accept that people with ties to Iran’s intelligence service plot attacks against people in Denmark,” Danish Foreign Minister Anders Samuelsen told reporters.

The planned operation was “totally unacceptable,” he said, adding he was consulting with “partners and allies,” including the EU, about possible sanctions.

Earlier Tuesday, the head of Denmark’s intelligence service PET, Finn Borch Andersen, said his agency believed the Iranian intelligence service “was planning an attack in Denmark” against three Iranians suspected of belonging to the Arab Struggle Movement for the Liberation of Ahvaz.

A Norwegian of Iranian origin was arrested on October 21 and placed in custody, suspected of planning the attack and spying for Iran.

The suspect was detained in Sweden, according to the Swedish security service Sapo.

Iran has denied the Danish allegations, with foreign ministry spokesman Bahram Ghasemi saying they were part of a European conspiracy against Iran.

In late September, Tehran accused Denmark, the Netherlands, and Britain of “hosting several members of the terrorist group” that Iran accuses of being responsible for an attack in the mainly ethnic Arab city of Ahvaz in southwestern Iran.

The September 22 attack, in which five commandos opened fire on a military parade, left 24 people dead.

‘Will stand up to Iran’

“It is totally unacceptable that Iran or any other foreign state plans assassinations on Danish soil,” Danish Prime Minister Lars Lokke Rasmussen wrote on Twitter.

“Further actions against Iran will be discussed in the EU.”

In Oslo, where he was participating in a meeting of Northern European leaders, Rasmussen met with British counterpart Theresa May, whom he said expressed “support” for Denmark in the matter.

“In close collaboration with UK and other countries we will stand up to Iran,” he added.

US Secretary of State Mike Pompeo said the US stood behind Denmark.

“We congratulate the government of Denmark on its arrest of an Iranian regime assassin. For nearly 40 years, Europe has been the target of Iran-sponsored terrorist attacks. We call on our allies and partners to confront the full range of Iran’s threats to peace and security,” he wrote on Twitter.

Iran’s ambassador to Copenhagen was summoned to the foreign ministry for an explanation on Tuesday.

PET’s announcement ended weeks of media speculation about why Denmark shut down bridges to Sweden and ferries for several hours on September 28 in a massive manhunt that mobilized hundreds of police and the military.

The shutdown was aimed at foiling the Iranian operation, PET acknowledged on Tuesday.