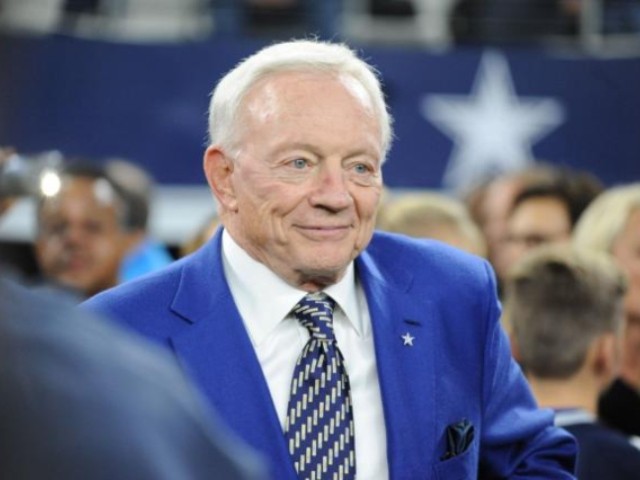 Sources confirmed the purchase of the Bravo Eugenia — likely named after Jones’ wife Gene — to NBC 5 Sports and Yacht Harbour. The yacht launched in 2017 but was delivered on December 30.

The Oceanco-crafted vessel can sleep up to 14 people and has a crew of 30. It also has two helipads and a fitness center, which includes a sauna, steam room and a gym.

“The sleek and sporty yacht also offers many special features, including a heli-landing platform, on both the foredeck and the aft deck, a large tender garage and dedicated equipment stowage, providing plenty of space for a large selection of water toys,” the Netherlands-based Oceanco said in a news release.

“She also has a large spa that includes a sauna, steam room, massage room, plunge pool and rain shower. Also, on the lower deck are a complete gym and a generous and luxurious Beach Club.”

The interior of the vessel features light maple wood and white pearl lacquer with accents of walnut and ebony. Bravo Eugenia is capable of a top speed of 17.5 knots while powered by a hybrid propulsion system.

Jones, 76, has a net worth of $6.8 billion, according to Forbes. The Cowboys are the most valuable sports franchise in the world at $4.8 billion. Jones purchased the team in 1989 for $150 million.