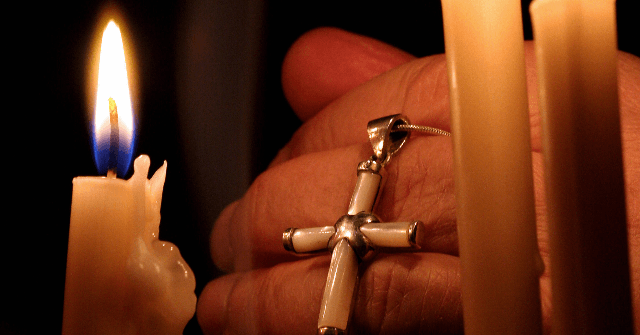 The Catholic Coalition Against Religious Tests for Office is pushing five sitting Democrat senators to stand up to party leadership on behalf of religious liberty and against anti-Catholic bigotry.

“America’s long tradition of rejecting religious bigotry is in grave danger – a danger, we regret to say, generated by powerful members of the national Democratic Party leadership,” the group declares in the letter addressed to senators expected to face an uphill battle for reelection.

We are writing to you, it states, “because as a Democratic incumbent who faces an intense fight for reelection, your party’s leaders will, we believe, pay close attention to what you have to say on this issue since they are anxious to help you in your reelection effort.”

Naming names, the Coalition specifically denounces the actions of Senators Chuck Schumer, Richard Durbin, Diane Feinstein, Kamala Harris, Cory Booker, and Mazie Hirono, who have stood out for their harassment of Catholics and their application of criteria dangerously close to a religious litmus test for federal appointees, something expressly forbidden by Article VI of the U.S. Constitution.

During their questioning, the Senators made repeated reference to Barrett’s Catholic faith in a way suggesting that such belief was an obstacle to judicial service.

“When you read your speeches, the conclusion one draws is that the dogma lives loudly within you,” Sen. Feinstein said. “And that’s of concern when you come to big issues that large numbers of people have fought for for years in this country.”

Even the U.S. Bishops denounced the faith-based harassment of Barrett as “anti-Catholic bigotry,” in a rare public declaration.

“America has a strong and venerable tradition of pluralism that respects all religious views,” the statement began. “In this context, this week’s hearing before the U.S. Senate Judiciary Committee is deeply disappointing. Rather than simply consider the professional achievements of a nominee for the federal judiciary, multiple senators challenged her fitness to serve due to her Catholic faith.”

Not only are such questions contrary to the Constitution, the statement noted, they also betray a thinly veiled anti-Catholic bias.

These questions “harken back to a time in our country when anti-Catholic bigotry did distort our laws and civil order,” the statement read, and are “a reminder that we must remain vigilant against latent bigotries that may still infect our national soul.”

The June 15 letter of the Catholic Coalition Against Religious Tests for Office asks the five senators to use their influence with the national Democratic leadership to “place a plank in the party 2020 Platform at your convention this July in Milwaukee specifically endorsing Article VI and condemning any attempts to establish a religious test for public office or engage in anti-Catholic attacks.”

“Obviously, the Democratic Party has a Catholic problem,” the letter states, before issuing a final appeal for a plank in the party platform “stating unqualified support for Article VI and the right of Catholics to hold public office.”

“Please call on Democratic party officeholders to cease any further attacks on Catholics and Catholicism and those of our religion who seek public office,” it reads.

Earlier this year, two former Democrats published a book urging Catholics of all parties to vote for Donald Trump in November’s presidential election, insisting that he is the “only choice” for president since Democrats have adopted an anti-Catholic platform.

A Catholic Vote for Trump: The Only Choice in 2020 for Republicans, Democrats, and Independents Alike by Catholics Jesse Romero and John McCullough argues that Donald Trump has proved himself to be the greatest ally to Catholics to occupy the White House in many years.

The Democrat Party has steadily and unapologetically alienated itself from Catholics, trampling on and scorning their most cherished principles and beliefs, from the right to life to religious freedom to the complementarity of men and women, the book contends.

“This is no longer your daddy’s Democratic Party. Catholic Democrats have to decide if they are leaving the party or if the party left them,” it declares.