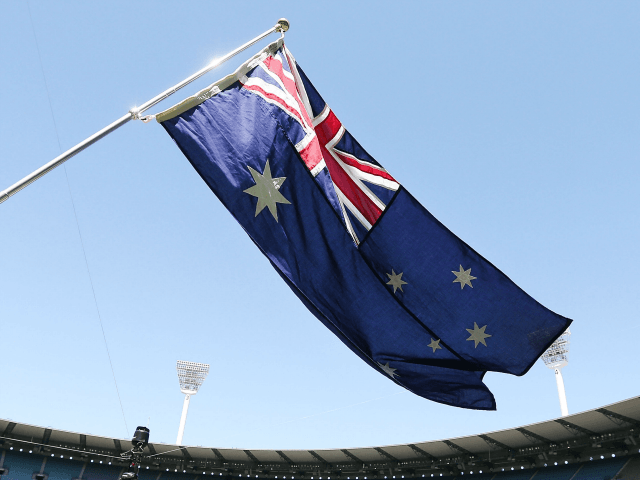 The Australian Department of Home Affairs on Tuesday noted a remarkable surge in the number of Chinese nationals seeking asylum over the past year.

The number of asylum-seekers more than tripled, raising concerns that migrants are filing dubious asylum claims because normal migration visas have been cut back.

Australia’s ABC News noted the number of applicants for asylum jumped 311 percent last year, but the vast majority of them were rejected under Australia’s stringent policies:

Despite the surge in claims, Chinese nationals had one of the lowest success rates for protection visas, with the Department only recognising 10 per cent of those claims as being genuine.

A sample transcript presented by ABC revealed some applicants complaining they were effectively locked out of Chinese social programs because they were born in violation of China’s harsh family planning laws – which limited families to one child until recently when Beijing belatedly realized it needs more people and launched an equally ham-fisted campaign to encourage more children. Those born in defiance of government-imposed family limits are known as “black children” and shunned by the Chinese system, to the degree that some said they were unable to attend school.

Other applicants for asylum said they belonged to banned religions such as the disturbing Eastern Lightning Church, the long-persecuted Falun Gong discipline, and the Muslim community of Xinjiang province. Refugee experts pointed to Australia’s booming international education industry as one reason for the surge, as large numbers of Chinese students applied for permanent residence.

“Chinese tourists and students are an important source of revenue for the government. As of September 2018, there were 652,158 student visa holders in Australia and 30% of those were from China, the biggest cohort from any country, according to figures from the Department of Education,” CNN noted.

Australia granted only about ten percent of protection visa requests from Chinese nationals last year, but legal experts quoted by both ABC and CNN noted the asylum process is rather slow, so applicants could be filing spurious claims to remain in the country a little longer. The most cynical take on the Chinese asylum surge argues that Australian universities are, wittingly or unwittingly, circumventing the country’s tough immigration policies to create a migration surge by bringing in a vast number of students who attempt to game the asylum system.

An op-ed at Digital Journal called it an “immigration racket” and said the Chinese students have been led astray by unrealistic promises of asylum, only to find their applications rejected 90 percent of the time:

The theory, and it is just a theory, is that to get in to Australia you apply for a protection visa, which allows you to get a “bridging” visa while your claim is determined. This bridging visa isn’t any sort of guarantee of getting a protection visa, or being allowed to stay. If your application is disallowed, you can appeal, and stay a bit longer. Odds are you’ll fail, and spend a lot of time and money failing.

You can see where the immigration racket might be doing very well out of this situation. If 10% is the usual success rate, an even lower success rate for appeals, 5%, is the fact. Meanwhile, the fiction is spread around Asia that this is how you get to Australia, and the instant financial and legal minefield isn’t mentioned at all.

Put it this way – It’s a great way to waste tens of thousands of dollars, get nowhere, and get deported. The brutal fact is that a lot of very poor people are getting themselves into a lot of trouble, borrowing money in their home countries to come to Australia and get into more trouble here.

Conversely, CNN blamed the administration of Prime Minister Scott Morrison for creating an asylum crisis by imposing “hardline immigration policies” that make it too difficult for foreign students to obtain work visas:

Last year Australia overhauled a visa program that allows skilled workers from abroad to hold jobs for up to four years. In November, Morrison refused to sign up to a United Nations migration agreement. And there has been global concern over the country’s controversial offshore detention policy for illegal arrivals by boat, with calls for the immediate transfer from Nauru to Australia of children and those needing medical treatment.

The surge of asylum-seekers from China should be somewhat embarrassing for the Chinese government, which is very eager to present itself as a rising world power with an orderly society and abundant employment opportunities. That desirable image is difficult to square with a 300-percent surge in Chinese citizens begging the Australian government to help them escape.

It is also a difficult topic of conversation for Australia, which faces international pressure to loosen its immigration laws and much criticism of the offshore immigration detention camps. Over a thousand asylum-seekers filed class-action lawsuits Monday alleging human rights abuses and outright torture in Australia’s island camps.

Prior to the striking surge in asylum applicants reported by the Australian Department of Home Affairs, the big story in Chinese immigration was the post-2000 rise of a migrant middle class – not desperate refugees or rich investors looking to buy up property, but educated Chinese with good English language skills who felt comfortable settling far beyond the traditional Chinese enclaves in Australia’s big cities.

The South China Morning Post speculated just last month that this shift to highly employable and assimilable Chinese immigrants, prone to complimenting the strengths of Australian and remarking that it felt awfully good to live in smog-free cities for a change, could produce a sea change in Australian opinions of Chinese immigration. Australia’s student visa program was cited as a major engine of agreeable Chinese migration, with brokerage industries rising to meet the needs of incoming students and property buyers.