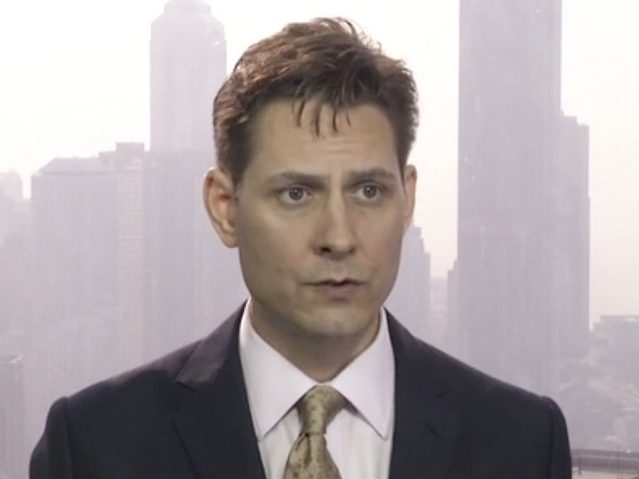 Michael Kovrig, a former Canadian diplomat who currently works for the Brussels-based International Crisis Group, has reportedly been detained in China while working on a research project pertaining to North Korea.

Fears promptly arose that Kovrig was arrested in retaliation for Canada’s detention of Huawei Chief Financial Officer Meng Wanzhou and her possible extradition to the United States.

The Canadian government expressed “concerns” about Kovrig’s detention but said on Tuesday it has “no explicit information” linking his plight to the arrest of Meng, wanted in the United States on charges of violating American sanctions against the government of Iran.

Meng, the daughter of Huawei’s founder and a member of the Chinese inner circle, was arrested at the Vancouver airport on December 1. A week later, the Chinese Foreign Ministry summoned Canada’s ambassador and warned of “grave consequences that the Canadian side should be held accountable for” if Meng was not immediately released.

The Wall Street Journal noted China has engaged in retaliatory arrests before:

“I am feeling very concerned today,” David Mulroney, a former Canadian ambassador in China from 2009 to 2012, said Tuesday. “I know the position he occupied” at Canada’s embassy in Beijing, “and I know he has a great reputation.”

While Mr. Mulroney said he has no first-hand knowledge of Mr. Kovrig’s case, “it is not beyond the Chinese” to retaliate after Ms. Meng’s arrest. Mr. Mulroney cited China’s decision in 2014 to detain two Canadians involved in humanitarian work near the North Korea border, shortly after a Chinese national, Su Bin, was arrested in Canada and later extradited to the U.S. Mr. Su would eventually plead guilty to conspiring to hack and steal sensitive data from Boeing Co. and other U.S. defense contractors; the Canadians, Kevin and Julia Garratt, were released and returned to Canada.

“International Crisis Group is aware of reports that its North East Asia Senior Adviser, Michael Kovrig, has been detained in China. We are doing everything possible to secure additional information on Michael’s whereabouts as well as his prompt and safe release,” Korvig’s employer said in a statement quoted by Reuters, which noted the Chinese government has not responded to requests for comment on the case.

The Washington Post quoted Canadian Prime Minister Justin Trudeau stating on Tuesday that he is “aware of the Canadian detained in China” and promising his government is taking the case “very seriously.”

Soon after news of Korvig’s detention broke, the U.S. State Department reportedly began considering an advisory against travel to China by U.S. citizens.