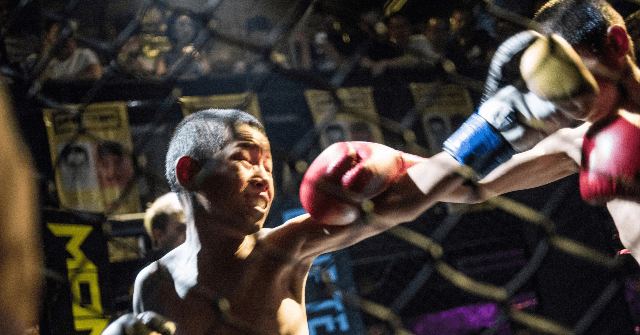 The move comes shortly after deadly hand-to-hand combat broke out between Indian and Chinese border troops in the western Himalayas on June 15.

At least 20 MMA fighters from the Enbo Fight Club in China’s southwestern Sichuan province will form the new Plateau Resistance Tibetan Mastiffs, to be stationed in Lhasa, the capital of Chinese-occupied Tibet, Chinese state broadcaster CCTV reported on June 20, according to the report.

Known for producing fighters who have gone on to compete in highly competitive international tournaments, such as the Ultimate Fighting Championship (UFC) in the U.S., Enbo Fight Club is also infamous as a Chinese “orphan fight club” where desperate children as young as 12-years-old are reportedly forced to fight and are exploited.

The announcement occurred two weeks after hand-to-hand combat broke out between Indian and Chinese border troops in the Galwan Valley, located in India’s northeastern state of Ladakh. At least 20 Indian soldiers and an estimated 40 Chinese troops died in the skirmish, which India claims was an ambush initiated by the Chinese. It was the deadliest military conflict between the two countries in 45 years. According to Indian media reports, Chinese troops used improvised weapons, such as clubs studded with nails and batons wrapped in barbed wire, to attack the Indian soldiers. Many on the Indian side were reportedly pushed from ridges to their deaths, including a commanding officer.

Reports from the Chinese side on the incident have been limited and unofficial. Beijing has yet to confirm that any of its troops died in the conflict. However, Indian media reports citing military and government sources say that the Chinese side suffered at least twice as many casualties as the Indian side. If true, this would explain the Chinese army’s desire to beef up its border troops’ hand-to-hand combat skills.

According to a report by China’s Tencent News, the main objective of the Tibetan border militia’s new division is to support “border patrol troops and special forces in hand-to-hand combat training.” It remains unclear whether the Tibetan Mastiffs would be deployed to China’s border with India.

“If the country needs us, the Enbo Fight Club will wholeheartedly complete more challenging tasks. As for whether [our fighters] took part in the conflict a few days ago, don’t ask me, I didn’t ask,” the owner of Enbo Fight Club, En Bo, was quoted by the SCMP as saying.

In addition to the martial arts squad, the Chinese army has recently added at least four other divisions to its Tibetan border militia, including a mountaineering team with “former members of a Mount Everest Olympic torch relay team,” China’s official military newspaper National Defense News reported on June 15.