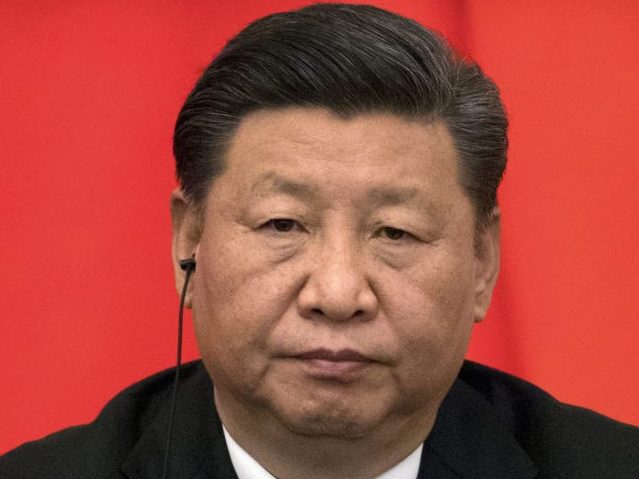 China’s state-run Global Times naturally disputed President Donald Trump’s allegations of predatory Chinese behavior at the U.N. General Assembly on Tuesday. The Chinese also think Trump swiped some of their rhetoric about national sovereignty and the “doctrine of patriotism.”

The Chinese knock on Trump is that he sees national sovereignty as an excuse to shirk America’s global responsibilities and “America First” as a license to bully other countries into giving the United States everything it wants. This is all very disappointing to the self-proclaimed altruistic, internationalist government in Beijing:

Washington is now claiming that the US has always been “taken advantage of” by China and other countries. Is it really the case, or is the US taking advantage of the rest of the world? One piece of evidence is the fact that the US has always been in the top list in terms of per capita GDP, given its population of 300 million. The US is also the world’s largest economy and a leader in technology and military power.

The argument in the last paragraph should be familiar to any student of American left-wing rhetoric: rich people get that way by stealing from the poor, so rich America must have gotten that way by looting the weaker nations of the world. The Chinese are keen students of Western politics. They are mastering the art of expressing their political arguments in ways that push the buttons of the Western left.

China’s foreign policy involves hooking Third World countries on so much Chinese debt that entire cities must be amputated to keep Beijing’s bill collectors at bay, bringing into question its criticism.

The entire point of President Trump’s speech was that sovereignty and identity need not be sacrificed to remain a responsible member of the world community, coupled with a warning that not every high-minded globalist initiative is a good idea, or should automatically be viewed as an expression of selfless compassion by those who propose it.

The Global Times ignores all that to deliver the crudest possible caricature of Trump’s speech:

It is sincerely hoped that the emphasis on the positive concept of national sovereignty could awaken Washington’s reflection on international morality, and liberate it from its current strategic arrogance and egoism.

President Trump addressed that the US rejects “the ideology of globalism,” but that should not contradict with the US fulfilling its basic international responsibilities. As a country at top of the global economy, the US cannot proper without extensive cooperation with many other countries. Therefore, unilateral winning and winner-take-all strategy – which is the opposite to multilateralism and win-win strategy – will be unrealistic.

The heart of Trump’s complaint against globalism is his argument that America is uniquely expected to set aside its national interests and confess that pursuing those interests is selfish and greedy. There is a tendency among the global political elite to view Western sovereignty as brutish nationalism, if not outright racism or fascism: aggressive trade policy is theft, border security is xenophobic, and so on. Peace and harmony require erasing national boundaries. When the world is one big nation with the U.N. as its parliament, we will have peace at last.

Trump understands that not even America can be seen as one big peaceful nation with a trusty legislature full of statesmen these days. National identity and a sense of community are vital to decentralizing power. They also represent a more realistic way of looking at what motivates people and how they conduct their affairs.

With the veil of globalism cast aside, nation-states can see each other clearly and fairly assess each others’ ambitions. The Trump administration has a much clearer view of both allies and adversaries than its predecessor did, and in return, it asks them to accept fewer illusions about the goals and motivations of U.S. policy.

Despite its hypocrisies, the trenchant Global Times article is a welcome sign that China hears its own philosophy of national sovereignty coming from the Trump administration. Now that we all understand each other, we can get down to business.