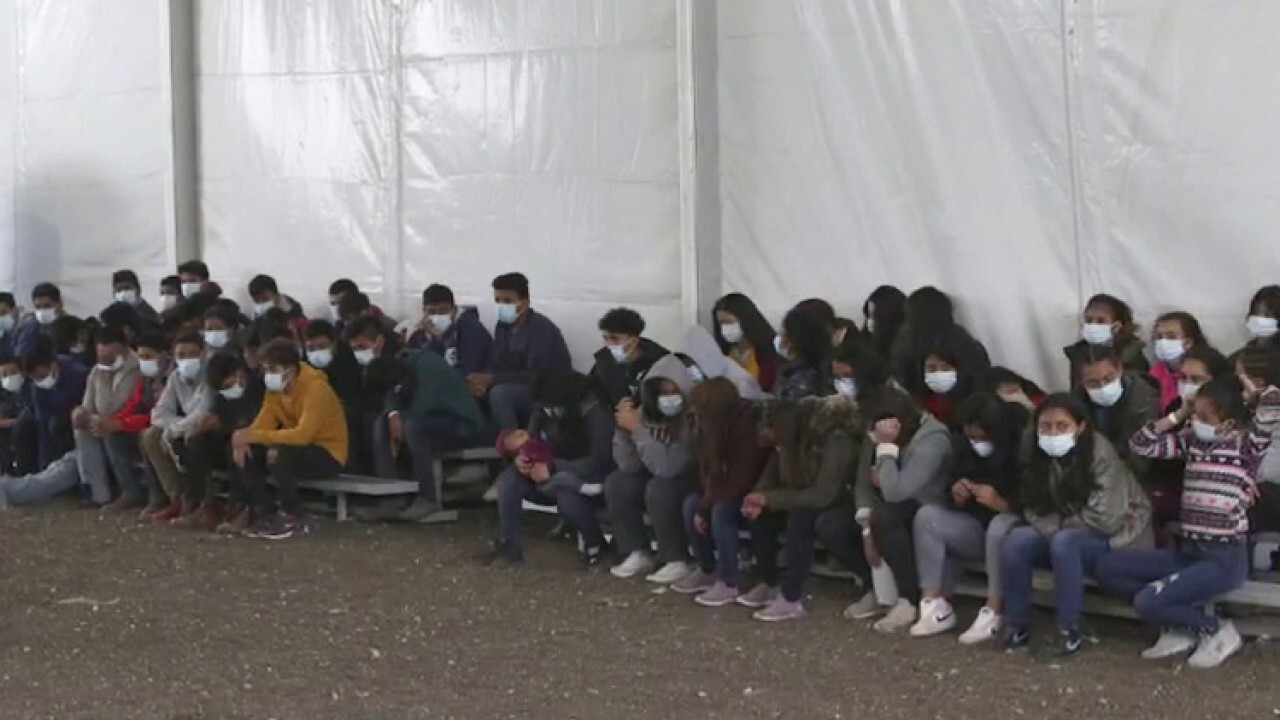 Customs and Border Protection (CBP) is on pace to have encountered more than 171,000 migrants in March alone, two sources familiar with internal CBP data told Fox News — a dramatic increase over last year’s numbers and the latest sign that the crisis at the southern border is not subsiding.

The number, based on preliminary data and not yet finalized, would mark a sharp increase in numbers from the already-high 100,441 migrants encountered in February. In March 2020, just over 34,000 migrants were encountered.

The Washington Post first reported the number, the highest since 2006, and that it included 18,800 unaccompanied children — a nearly 100% increase from February.

CBP, in response to a request for comment from Fox, said it would post its monthly figures on or about April 8, consistent with past practice.

The numbers are the latest sign of a historic surge at the border.

Homeland Security Secretary Alejandro Mayorkas has admitted the U.S. is on track to see the highest number of migrants in 20 years — but has also refused to describe it as a “crisis,” calling it instead a “challenge.”

President Biden, too, has downplayed the surge, saying recently that “nothing has changed.”

“It happens every single, solitary year: There is a significant increase in the number of people coming to the border in the winter months of January, February, March. That happens every year,” he said at a recent press conference.

But the numbers so far are gearing up to be significantly higher than anything the U.S. has encountered in recent memory, which Republicans and former Trump officials have blamed on Biden’s rapid reversal of Trump-era policy like the Migrant Protection Protocols (MPP) and relaxing interior enforcement.

“171,000 illegal apprehensions along the [southwest border] during March and still no change in policy from the Administration,” former acting DHS Secretary Chad Wolf tweeted. “Time to acknowledge defeat and put measures in place to enforce the rule of law, protect American communities, and support LE officials.

The surge in migrants, particularly those of unaccompanied children and migrant families, have overwhelmed facilities at the border — leading the Biden administration to relax COVID restrictions and open new facilities as it struggles to cope.

While single adults and migrant families can be expelled via Title 42 public health protocols, the government is not expelling unaccompanied children and Mexico has refused to take in migrant families with tender-aged children (under 7) — causing overwhelmed border officials to release migrants into the U.S., often without even a court date.

There is also no sign of the surge lowering any time soon. In the 2019 border crisis, numbers peaked in May with over 144,000 apprehensions and came down as the Trump administration began moving to implement agreements with countries south of the border to restrict migration.

CBP data shared with Fox News this week showed that Rio Grande Valley Sector is experiencing a 313% increase this fiscal year compared to this time in fiscal year (FY) 2020, while Del Rio Sector has encountered 434% more migrants versus FY 2020.

Earlier Friday, Fox confirmed that CBP is projecting that as many as 184,000 unaccompanied children could reach the border this fiscal year.

Two sources familiar with internal data confirmed the estimate to Fox News, with one agent saying: “We’ve never seen anything like this before.”