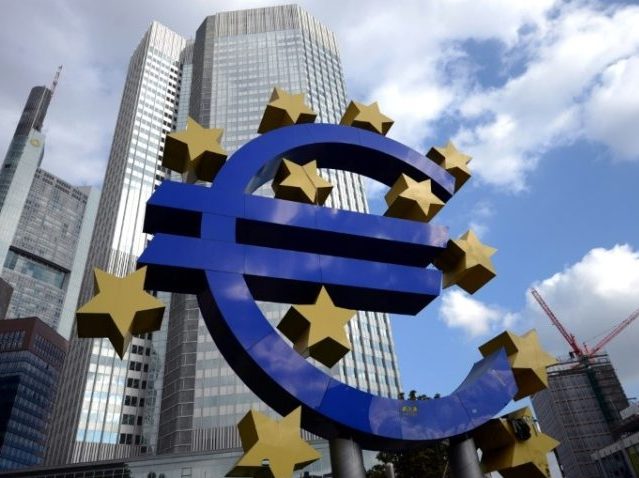 The European Central Bank (ECB) is out with a study claiming the United States would have the most to lose if it started a trade war with the rest of the world.

Fortunately, it is nonsense from top to bottom, left to right, and everywhere in between.

The ECB study simulates a scenario in which the U.S. imposes a 10 percent tariff on all imports and the rest of the world retaliates by slapping 10 percent tariffs on goods made in America.

“Estimation results suggest that the United States’ net export position would deteriorate substantially,” the ECB said in the study. “In this model, U.S. firms also invest less and hire fewer workers, which amplifies the negative effect.”

The problem is that the scenario the ECB simulates is not just unlikely, it runs contrary to what we’ve actually experienced since the U.S. began imposing tariffs.

First, the U.S. has no plans on imposing a 10 percent tariff on all imports. Instead, our tariffs have been directed to protect the strategically important steel and aluminum manufacturing, address specific instances of illegal dumping of foreign-made goods on the U.S. market, or to punish China for policies aimed at forcing the transfer of U.S. technology from U.S. firms to Chinese firms.

Under U.S. law, it simply is not possible for the Trump administration to impose a blanket 10 percent tariff on all imports. This would require an act of Congress that no one expects is likely to pass. The U.S. president has a lot of lattitude to impose tariffs for specific reasons over particular goods or countries. But Donald Trump cannot unilaterally build a tariff wall around the U.S.

The third problem with the ECB simulation is that it makes a very, very big assumption about what a trade war would do to consumer and business confidence.

Here’s how the ECB describes their model:

Indirect negative effects arising from a deterioration in business and consumer confidence could amplify the impact on economic activity. The direct trade effect does not take into account possible additional confidence effects and financial sector stress stemming from increased uncertainty about future policies. Uncertainty and confidence effects can have a sizeable negative impact on global investment and economic activity. Firms’ investment decisions depend not only on current trade policy but also on prospective US and global trade policies. Similarly, uncertainty about future trade policies could affect the consumption behaviour of households. As concerns about the negative implications of rising protectionism increase, households may increase precautionary savings and postpone consumption. In addition, financial markets may respond to the negative real effects. A sharp change in trade policies could provide a catalyst for a reassessment of stock and bond prices, which would amplify the effects described above.

What evidence does the ECB have that a trade war would eat into business and investor confidence? None. They just assume it has very big, very bad effects.

It is very difficult to capture the indirect confidence effects of such import tariffs, so, for simplicity, it is assumed that bond premia rise by 50 basis points and stock markets decline by two standard deviations in all countries. For the United States this implies a 16% fall in the stock market. Although this implies elevated volatility in financial markets, it is still smaller than at the peak of the global financial crisis (in the fourth quarter of 2008), when the S&P 500 fell by 28% and bond premia rose by 230 basis points.

What reason do we have to believe that any of this is true? Consumer confidence has soared to the highest level in 18 years, near all-time highs, while the U.S. has ratcheted up trade pressures on China and the rest of the world. Business confidence is at the highest level ever recorded. The stock market is at record highs. Bond prices have barely moved at all.

In short, a lot of the work to show that the U.S. economy would sharply decline is done by a Confidence Goblin cooked up in the ECB storybook.

The ECB study sounds like something that comes from serious, sober economics but the dire effects it predicts from the U.S. are almost wholly a product of the assumptions built into their model. It’s a scary-monster story not analysis of the real-world effects of the Trump administration’s trade policies.