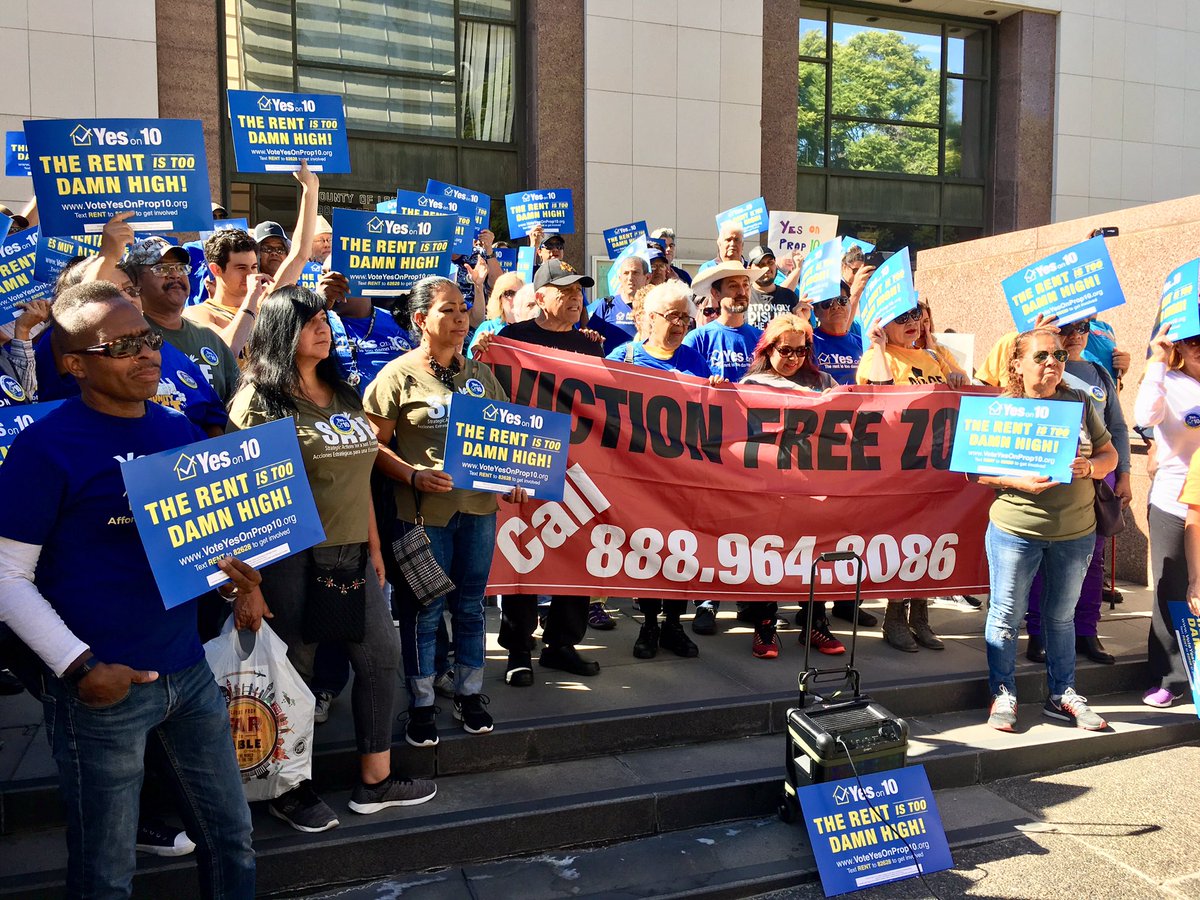 An October 19 poll revealed that Proposition 10 to expand rent control in California is in big trouble, with just 41 percent support in the campaign’s final weeks.

Proposition 10, which received $22.8 million of its $25 million in funding from the Aids Healthcare Foundation, would overturn the 1995 Costa-Hawkins Rental Housing Act’s prohibition against cities and counties imposing new rent control ordinances on apartment complex construction — or earlier in Santa Monica and other cities that already had rent control ordinances, according to Ballotopia.

The U.S. Department of Housing and Urban Development reported that the largest percentage median rent increases for major California cities between 2010 and 2016 were San Jose at 26.1 percent; San Francisco at 22.9 percent; and Los Angeles at 15.23 percent.

Although the USC Dornsife/Los Angeles Times poll for Prop 10 from September 17 to October 14 found support slightly better at 41 percent, rather than the 36 percent for the Public Policy Institute of California and the 35 percent for the Survey USA poll, the major difference in the USC poll appears to be including 5 percent of likely voters that are “leaning Yes”, versus 33 percent No and 4 percent leaning No.

About 21 percent of voters were still undecided in the USC poll, but California’s undecided voters late in campaigns have historically tended to vote No on ballot initiatives.

Proposition 10 has provoked the wrath of apartment owners, taxpayers, and small business that have funded about $60 million of the $62,107,485.54 raised by the “No on Prop 10” campaign. Ballotopia reports that the No on Prop 10 coalition also has a huge financial advantage in messaging in the last weeks with $44 million in the bank, to just $13 million for the Yes campaign.

Democrat strategist and co-director of USC’s Center for the Political Future Robert Shrum told the San Diego Union-Tribune: “For an initiative that has 41% and the money is on the other side, it’s in deep trouble.” He added that there is a very low probability of undecided Republicans and unaffiliated voters voting Yes on Prop 10: “They would almost all have to break the same way for this to work.”