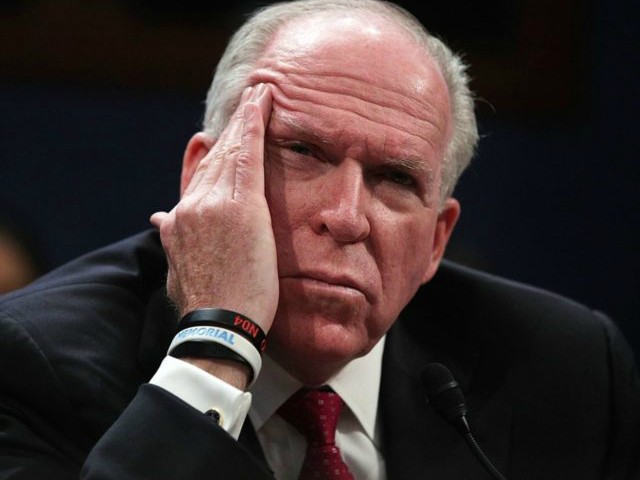 Brennan said, “Well, it is very unusual and it’s very concerning from two principle perspectives. One is that I think it is highly inappropriate and unethical for Mr. Trump to the take any action that pertains to the FBI criminal investigation of Russian collusion, and Russian — and cooperation with Russia in the election of which Mr. Trump and close associates are subjects. So that should not happen that he would be able to take such an action. He certainly has the authority to do it, but I do think it is highly inappropriate, and I think everybody who knows these issues feels similarly. Secondly, to basically order the Department of Justice and the FBI to release this information, even that which was redacted earlier, it’s really just pushing this envelope, and I think it’s making a lot of law enforcement official, Department of Justice officials and intelligence community officials very concerned about the negative impact and consequences of doing that. So, yes, he has the authority to do these things. The question though is whether or not it is the right thing to do and whether it is something that Mr. Trump is just trying to continue to find ways to get himself out of the mess that he is currently in.”

He added, “Christopher Wray, director of the FBI and Dan Coats, director of National Intelligence as well as Rod Rosenstein who is overseeing this investigation should push back against any directive that is going to have a negative impact on our capabilities as well as the investigation. So I think that they should continue to push, push, push. If Mr. Trump and the White House does not relent, then I think they have some decisions to make, whether or not they are going to the just not follow that direction and be fired or to resign. But if they really believe that this is going on to have serious impact on the national security, law enforcement, and judicial process, they have an obligation since they took the oath of office to the Constitution of the United States and not Mr. Trump to uphold their responsibilities and their agency and the departments’ authorities.”