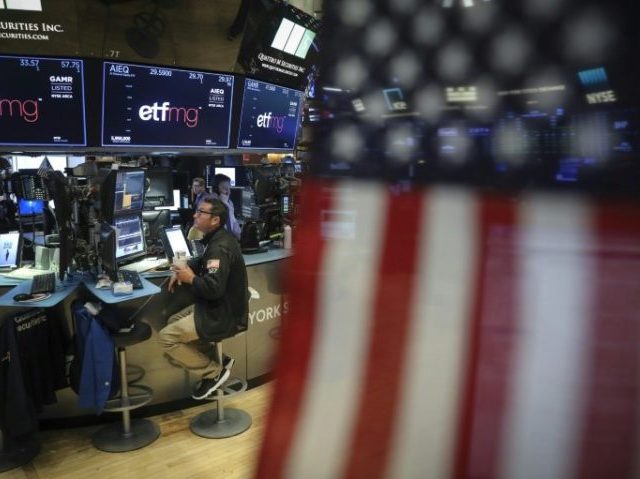 The latest escalation in the trade war did not have the dire consequences many predicted for the stock market.

Stocks rose Tuesday after the Trump administration announced new tariffs on $200 billion of Chinese goods and China promised to retaliate with tariffs on an additional $60 billion of U.S. goods.

The rise in U.S. stocks was all the more notable because the new tariffs are scheduled to go into effect September 24, sooner than many expected. And while the tariffs level will initially be 10 percent, as had been rumored for several days, that will rise to 25 percent on January 1.

One likely reason the tariffs have not hit U.S. stocks is that the U.S. economy is much stronger than many expected it would be. GDP growth is running at a much higher pace than the 2.3 percent projected. The Trump’s tax cuts have likely added a full percentage point to GDP growth, according to estimates. And although tariffs put pressure on corporate profits, those profits are rising nonetheless due to the huge cut in the corporate tax rate.

Although tariffs are taxes on imports, tariffs do not raise domestic price levels unless they otherwise improve the economy.  If prices of some goods rise, prices of other goods will fall, a shift rather than a rise in prices. In the long term, prices can only rise if tariffs shift consumer purchases to domestically produced goods, raising incomes for American workers.

For many of the same reasons that the new tariffs on China or on steel haven’t shown any sign of increasing prices for the intermediate (or producer) goods that businesses buy (the focus of previous tranches, and of the Trump metals tariffs), this larger set of tariffs on consumer goods are unlikely to cause much pain for American shoppers.

As I’ve written, if businesses don’t believe that their markets can currently bear price increases, what it is about the tariffs that will change their assessment – especially in the next few weeks and even months? Put differently, if they’re likely to raise prices then, why haven’t they done so already? Are they really in the habit of giving their customers unsolicited and unnecessary price breaks at the expense of their revenues and profits?

China has few options to retaliate further, given the low level of goods it imports from the U.S. Attempting to disrupt U.S. supply chains halting the export of crucial components of consumer goods made in China, as was recently suggested by a senior Chinese economic official. But such a move would highlight the vulnerability of the U.S. to Chinese economic policy, likely accelerating moves by U.S. officials and corporations to disengage with China. The reverse-boycott would also likely cost Chinese jobs.

China could also depreciate its currency, the renminbi. That would make Chinese products cheaper compared with domestically produced U.S. products, offsetting at least some of the effects of the tariffs. But such a move would also cause prices in China to rise and would likely trigger a flight of investment funds to stronger currencies.